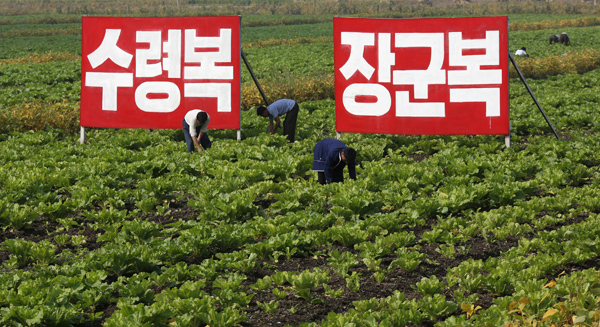 
North Korea will hold a parliamentary meeting today in Pyongyang and most likely discuss issues involving an internal shake-up, according to various sources yesterday.

The meeting of the Supreme People’s Assembly, North Korea’s parliament, is usually held once every year in April. This year, a second meeting has been called under new leader Kim Jong-un, who took office last December after the death of his father Kim Jong-il. 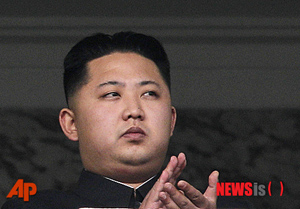 A day before the meeting, Reuters, citing a source with close ties to Pyongyang and Beijing, reported yesterday, “Peasants [in North Korea] will be given incentives to grow more food.” It said, “They can keep and sell in the market about 30 to 50 percent of their harvest depending on the region.” Currently, production is sold to the government at a state-set price.

The Associated Press also reported yesterday while citing two workers at a farm south of Pyongyang that new farming rules were announced last month that allow farmers to “keep their surplus food to sell or barter” after fulfilling the state-mandated quotas.

Currently, farmers in North Korea turn in most of their crops to the country.

Implementing market-oriented measures would help boost North Korea’s economy and reduce malnourishment and food shortages. China, the North’s chief ally, has been encouraging such economic reforms for many years.

Meanwhile, the South Korean government is watching closely, the Ministry of Unification said yesterday. In a previous meeting of the legislature in April, Kim Jong-un was officially elected first chairman of the National Defense Commission.

“We are watching the North closely as the North’s new leadership is putting emphasis on the economy,” said Kim Hyung-suk, a spokesperson at the Unification Ministry.

Unification Minister Yu Woo-ik also told reporters, “There are somewhat positive signs, and it is true that we can assume such intentions.”

The minister continued, “There should be efforts made by the country to improve the livelihoods of its people.”

Regarding reports that there are internal conflicts building up under its new leadership, Yu said, “The North is continuously working to stabilize its leadership, but there are difficulties mounting.

“Much effort will be needed for a third-generation, young leader to hold power,” he said.