KARA and MBlaq members to act in ‘Iris 2’

KARA and MBlaq members to act in ‘Iris 2’ 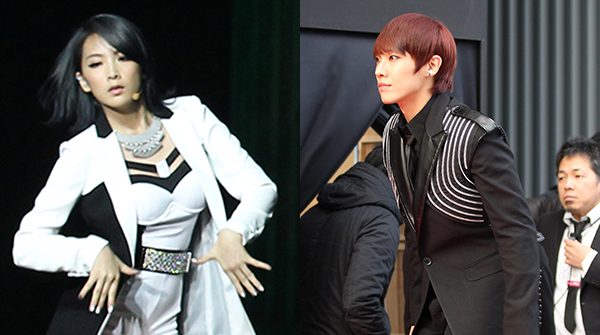 
It’s official. After much talk about possible appearances in the upcoming drama “Iris 2,” Kara’s Jiyoung and MBlaq’s Lee Joon’s participation have been confirmed.

Taewon Entertainment announced on Sept. 24 that the two idol groups members will both play the role of employees at the National Security Service, which the plot of the drama revolves around.

Jiyoung has previously acted in Japanese drama “Rainbow Rose” while Lee has played the role of Rain’s younger character in the Hollywood film “Ninja Assassin” (2009).

Actors Jang Hyuk and Lee Da-hae will play leads in the sequel to the hit which starred Lee Byung-hun and Kim Tae-hee and amassed viewer ratings of 40 percent.
By Carla Sunwoo [carlasunwoo@joongang.co.kr]