In its second parliamentary meeting of the year held yesterday in Pyongyang, the Supreme People’s Assembly approved a measure to expand the length of compulsory education from 11 years to 12 and carried out a minor reshuffle of standing committee members, according to the North’s Korean Central News Agency.

The state agency, however, did not touch on widely speculated economic reforms. 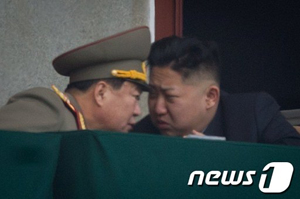 “[The] ordinance of the Democratic People’s Republic of Korea Supreme People’s Assembly on enforcing universal 12-year compulsory education was promulgated at the session,” the KCNA reported yesterday.

Ever since the North unexpectedly announced plans for a meeting of the Supreme People’s Assembly early this month, expectations rose that the session would produce market reforms, as there have been signals that the closed communist state is undergoing economic changes.

Early this week, media reports said the North would be granting more incentives for workers and farmers to boost productivity.

Though there was no mention by the KCNA of measures related to economic reforms, North Korea watchers in Seoul are closely monitoring the situation for additional reports.

In April, when Pyongyang carried out its regular parliamentary meeting, the KCNA reported additional details about issues discussed at the session the following day.

“We had predicted the possibility of the North announcing economic reforms under the new Kim Jong-un leadership as a means of international propaganda, but [so far], we’ve been misleaded,” said an official from the Ministry of Unification. “It would have been difficult for North Korea to pursue daring reforms at such a difficult economic time when there is a limited supply of sources and materials.”

The education reform will create a system similar to that in the South. Previously, students in North Korea were given 11 years of compulsory education - one year of kindergarten, four years of elementary school and six years of middle school.