Ghobadi’s movie “Rhino Season” is of a haunting love story between an imprisoned poet and his wife, who are separated for 25 years. Provided by BIFF


War, exile, imprisonment and hard-fought freedom represent key themes of the 17th Busan International Film Festival, which gets under way next Thursday. And this year’s festival will feature movies and directors from Central Asia and the Middle East, with a focus on Iran.

“Rhino Season,” by exiled Iranian director Bahman Ghobadi, reflects the organizer’s efforts to crystallize the struggle of many film directors in the artistically repressive atmosphere that prevails in much of the Middle East.

Ghobadi’s latest film, a decades-long saga of an imprisoned poet and his family during and after the 1979 Islamic Revolution, is his first since he was exiled in 2009.

Iranian intelligence agents are said to have repeatedly threatened him because his movie “No One Knows About Persian Cats,” which chronicles young musicians trying to evade censorship, was made without government permission.

It won the Un Certain Regard Special Jury Prize Ex-aequo when it premiered at the 2009 Cannes International Film Festival. 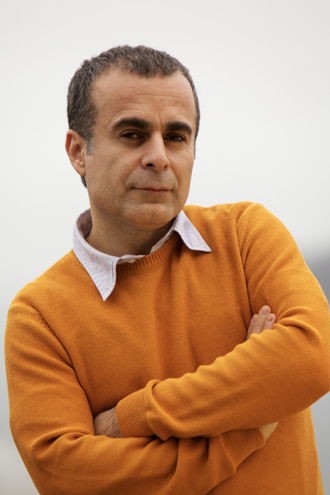 Iranian director Bahman Ghobadi’s latest film is a saga of his own life since his exile in 2009.

The director, who is scheduled to appear in Busan, filmed “Rhino Season” in Turkey and Iraq, far from the constraints of the Islamic Republic.

“It feels very, very good to make a film freely, to work without having to wait years for script approval, without looking over your shoulder.

“I see calmness in this movie. It doesn’t have the nervousness of my previous films,” said Ghobadi in an interview with BBC earlier this month.

The plot of “Rhino Season” partly reflects the director’s life and Iran’s strict censorship. The 96-minute film is based on the story of an Iranian Kurdish poet imprisoned in Iran. Because of a personal vendetta, Sahel (Behrouz Vossoughi) is detained along with his devoted wife, Mina (Monica Bellucci).

When Mina is released after five years, she and their two children leave for Istanbul - unaware that she would not see her husband again for 25 years.

When he was finally released, he learned his captors had told his family he was dead and the story unfolds as Sahel sets out to find his family.

The story of “Rhino Season” also resonates strongly with Vossoughi, a screen legend and one of Iran’s most popular and prolific actors, who has appeared in more than 90 films. 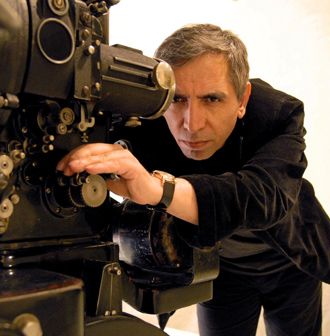 But revolutionaries linked the actor to family members of the ousted shah, and he went to the United States four months before Iran’s 1979 revolution. He has not been back to his homeland since then.

“If there was more freedom, if the government let these artists work, the culture of Iran would be like an ocean. Right now, it’s like a drop,” the director said during a press conference in September.

Ghobadi is not alone in seeking more filmmaking freedom. Mohsen Makhmalbaf, an Iranian filmmaker who is invited to Busan’s festival for his latest film, “The Gardener,” lives in exile. The director left Iran in 2005 and went to Afghanistan, Tajikistan, India and Paris before finally settling in London.

The director was imprisoned for four years for being a political provocateur. Moreover, he publicly endorsed a reformist opposition party in Iran in 2009; the same year, a suicide bomber caused an explosion on the set of a film being directed by his daughter, Samira, in Afghanistan.

“The Gardener” touches on one of the most controversial issues in the Middle East: religion. 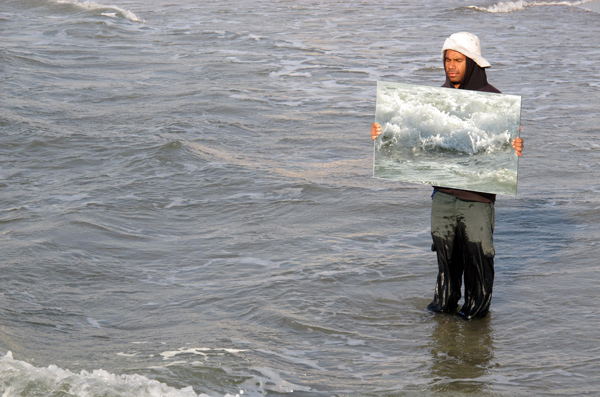 Makhmalbaf not only directs, but stars with his son, Maysam. The drama depicts a father and son journey to Haifa, Israel, known as a holy place for the Baha’i faith, a world religion that originated in Persia. The father comes to believe that Iran could not have developed nuclear ambitions if it had a more peaceful religion, while the son thinks all religions tend to trigger division and destruction.

Tensions escalate between the two and they decide to separate and take their own paths.

Given that he has been vocal in expressing his thoughts on religion and politics, the movie is also seen to convey the director’s own ideology, something that he could not have done in his country.