Vigilante justice on the Internet

Vigilante justice on the Internet 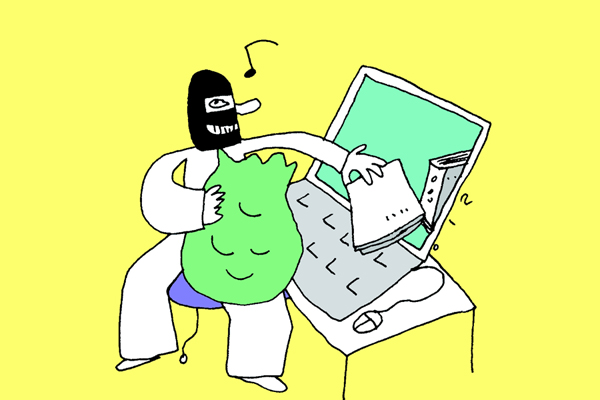 On Aug. 21, a picture of a 37-year-old pizzeria owner in Seosan, South Chungcheong, spread on major Internet portals. The posts followed the suicide of a 23-year-old college student who worked part-time at the pizzeria and revealed the owner had raped her.

She left a note on her mobile phone to spread awareness of what had happen to her and cyberspace was stirred. People tracked down the home page of the offender and made his picture public.

That might be understandable, but pictures of his mother, wife and children were also posted. While the portal blocked access to his personal page, the damage had been done.

In cyberspace, people excessively resort to “retaliation for the citizens.” It is as if “Dirty Harry” has made a comeback online. Harry Callahan, played by Clint Eastwood, is a detective who tracks down criminals and always gets his man. He is not interested in punishment according to the law.

When he captures the man who kidnapped children on a school bus, he aims his gun at him and says, “Being as this is a .44 magnum, the most powerful handgun in the world, and would blow your head clean off, you’ve got to ask yourself a question: Do I feel lucky?”

It is an “eye for an eye” approach. When Dirty Harry fires the gun, the audience feels gratified. However, it is distorted justice that should not and could not happen in reality.

However, cyberspace is overflowing with the distorted urge for retaliation. Whenever a heinous crime occurs, self-proclaimed “defenders of justice” expose personal information about the offender.

But it is a beginning of another human rights infringement. When a patient died after getting a propofol shot at a clinic, the name and picture of the victim were disclosed, causing tremendous pain for her family. A student not related to the Korea University sexual harassment case was mistaken as one of the offenders, and his name and Web site spread online. Seven people who posted incorrect information have been charged with defamation.

Online space is always noisy and full of different opinions. But moderation should still be a virtue. Each Internet user needs to make efforts to screen his or her comments.

But self-purification cannot be anticipated. After punishing the criminal on his own, Dirty Harry throws his police badge into the lake. He cynically smiles as if he can no longer serve as a detective. But the cynical attitude brings even more serious violence. Exposing personal information online as a means of punishing a criminal is a crime that creates another monster.

* The writer is a new media editor of the JoongAng Ilbo.