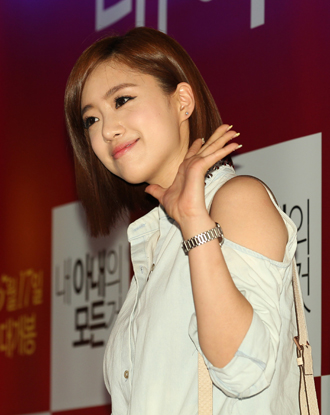 T-ara’s Ham Eun-jung will sue the production company of the SBS drama “Five Fingers,” after it dropped her as the lead last month.

Core Contents Media said it will sue the drama company for defamation. “It’s not a matter of monetary loss, but the damage the incident inflicted on Ham’s name,” said a representative.

Ham had even purchased a piano in order to take on the role of a pianist in the drama.

She was said to be crushed when SBS decided on Aug. 22, just four days after the show began airing, to drop the idol singer. Ham found out about it through media reports.

Various actors rights organizations have shown their support for Ham by calling the dismissal “unfair.”

No doubt the dismissal came about from the T-ara scandal in late July when member Hwayoung was dropped by Core Contents Media.

Although the agency denied it, many thought that the young member had been bullied for a long time by fellow members.
By Carla Sunwoo