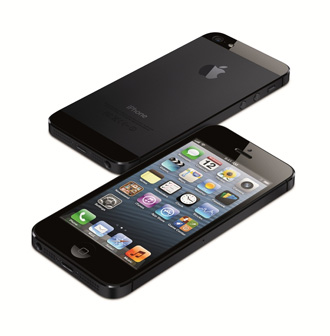 When Apple’s iPhone 5 was enthusiastically embraced by consumers, CEO Tim Cook announced the company couldn’t keep up with orders and some customers were going to have to wait until October to get their treasured gadgets.

It turns out that Apple’s problem is partly because some of its suppliers are having difficulty producing state-of-the-art components, according to sources.

Apple has adopted two new components for the iPhone 5: the in-cell display screen and long-term evolution (LTE) chip. These parts required such high levels of technology that suppliers are said to be struggling to produce enough of them.

That is why, during the first week after the iPhone 5 was released on Sept. 21, Apple sold over 5 million units in nine countries, according to Bloomberg last week. That was a record for a product - but it was slightly lower than what the market had expected.

“They needed to get a lot of products in the door during a tight window, and these supply constraints that were talked about probably did have some impact,” Tom Dinges, senior principal analyst at IHS iSuppli told Bloomberg.

The screen is produced by Apple’s long-term partner, Korea’s LG Display, and Japan Display, a company formed through the merger of Sony Mobile Display, Toshiba Mobile Display and Hitachi Displays.

The so-called in-cell screen technology being used by Apple is the first of its kind in the world. This new technology combines the display and the touch sensor of a smartphone in a single panel, which makes the screen 0.02 inches (0.5 millimeter) thinner than the one used in its arch rival, Samsung Electronics’ Galaxy S3 smarphone.

Apple contracted with Sharp, Japan’s largest liquid-crystal display maker, to reduce reliance on LG Display, according to Bloomberg, but the floundering Japanese company failed to produce them at a quality level acceptable to Apple.

IT analysts say the in-cell display technology requires high levels of manufacturing skills, which puts limits on production volumes. As a result, the screen suppliers are suffering bottlenecks during the manufacturing process, they say, and therefore so is Apple.

“Apple is facing significant production constraints due to a move toward in-cell display technology,” Ben Reitzes, an analyst at Barclays said in a report. “Apple is struggling to keep up with demand.” He forecast that about 10 million units of the in-cell panels would be available in the third quarter this year.

Seoul-based LG Display declined to comment on the allegation that it is experiencing bottlenecks while making the in-cell panels. A spokesperson from the display maker said he is not allowed to confirm how complex the in-cell technology is, and whether the company is facing difficulties in supplying the components to Apple.

The new baseband chip that connects the iPhone 5 to fourth-generation LTE wireless networks is another cutting-edge component that may be causing bottlenecks.

The LTE chip provider Qualcomm, based in the U.S., earlier said the company is facing constrains in supplying chips for mobile phones as it moves to a new manufacturing process, a local news agency said.