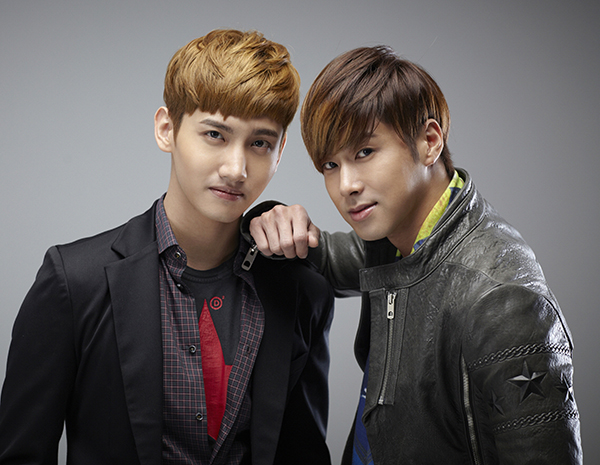 
With its sixth album out, TVXQ opened up for the first time about difficult times in Japan when it debuted there in 2005. “We haven’t told this to anyone, but when we went over to Japan for the first time, we didn’t do as well as we thought we would,” the duo told Ilgan Sports yesterday.

“We were broke and only had two sets of outfits that we’d rotate around the members,” said the two remaining members from a boy band that used to boast five. Yunho and Changmin explained that SM Entertainment assumed the group would be a success abroad as it was back home.

The two boys said it’s been a long journey to the top of Oricon, and that with the new release, they’ve undergone another change as artists.

“When we released our first album ‘Keep Your Head Down’ early last year with the three foundation members gone, we wanted something to wow the fans, to let them know that we could work as a duo,” said Yunho.

But this time, the K-pop boy band said it worked on quality rather than “wow” factor.