U.S. chemical battalion to be redeployed to S. Korea

U.S. chemical battalion to be redeployed to S. Korea 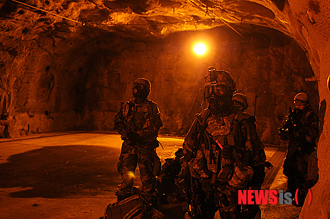 The United States plans to redeploy a chemical unit to South Korea to strengthen the combined deterrence against North Korea, nine years after its departure from the Asian ally, an American military official said Saturday.

The 23rd Chemical Battalion withdrew from South Korea in 2004 as part of an agreement calling for South Korea to take over 10 major defense missions from the United States. Other transferred duties included solely undertaking missions to patrol the heavily armed border. (Yonhap)