Kono insists Japan own up to WWII sex slavery

Kono insists Japan own up to WWII sex slavery 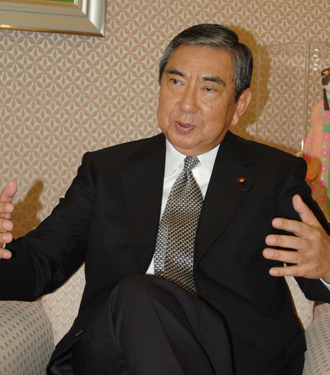 “If Japan denies the issue of ‘comfort women,’” Kono said in an interview released yesterday, “it could lose national credibility.”

In an interview with the Yomiuri Shimbun, Japan’s largest newspaper, Kono said, “I express grief that there are [Korean] women suffering in agony until this day, though more than half a century has passed since the war, just because there is no evidence [supporting them]. I also feel sad there are arguments being raised that there was no such tragedy during the war.” 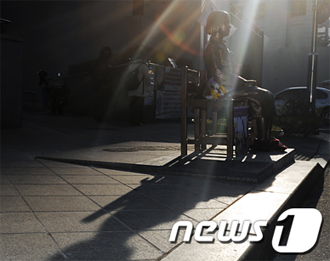 Kono added, “If [Japan] denies the comfort women issue, it will not only lose national credibility from countries in Asia but also the United States and Europe as they will doubt Japan’s awareness of human rights matters.”

It was the first time Kono has publicly commented on the issue of the wartime sex slaves after far-right Japanese politicians argued recently that his 1993 statement of contrition should be either amended or retracted.

They contend there is no documentary evidence proving that the Japanese military forced Korean women into sexual slavery.

The issue flared in Japan after President Lee Myung-bak made a surprise visit to Dokdo, Korea’s easternmost islets claimed by Japan, in August, which soured bilateral relations.

The so-called “Kono statement” was based on a study by the Japanese government from December 1991 to August 1993. Kono’s statement was issued Aug. 4, 1993.

It read, “It is apparent that there existed a great number of comfort women. Comfort stations were operated in response to the request of the military authorities of the day.”

“The then Japanese military was, directly or indirectly, involved in the establishment and management of the comfort stations and the transfer of comfort women. The government study has revealed that, in many cases, they were recruited against their own will, through coaxing, coercion, etc., and that, at times, administrative/military personnel directly took part in the recruitments. They lived in misery at comfort stations under a coercive atmosphere.”

It continued: “We shall face squarely the historical facts as described above instead of evading them, and take them to heart as lessons of history. We hereby reiterate our firm determination never to repeat the same mistake.”

Regarding the 1993 Kono statement, Japan’s current prime minister, Yoshihiko Noda, said recently that the Japanese government “was not able to confirm any documents that touch upon the forcible recruitment [of comfort women], and therefore, the [Kono] statement was based on [only] interviews with comfort women.”

Meanwhile, President Lee Myung-bak said in an address yesterday that Korea and Japan should move forward with their bilateral relations.

“We should further solidify the development foundation for a mature partnership between the two countries with the courage and wisdom to look squarely at history,” Lee said in an address read by Minister of Foreign Affairs and Trade Kim Sung-hwan at a session of the Korea-Japan Cooperation Committee, an annual friendship meeting of the two countries, in Seoul.