Kang Ho-dong back to TV next month

Kang Ho-dong back to TV next month 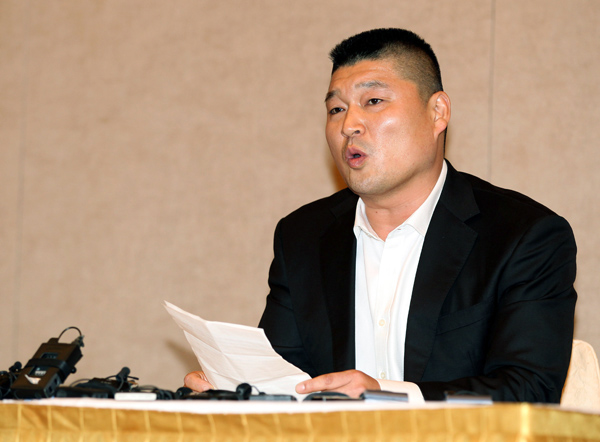 
After much talk about an imminent return to TV, Kang Ho-dong will finally make his comeback after a year’s hiatus on the variety program “Knee-Drop Guru.”

MBC director of variety programs Won Man-shik announced on Monday that Kang will return to the network through the program, which is also set to resume after a year’s break. The program will air at its old time slot of 11 p.m. Thursday.

Meanwhile, Kang also confirmed his return to “Star King” on SBS, which he used to host. In addition, he is looking over a proposal by KBS.

Kang went into tentative retirement in September 2011 when found guilty of tax evasion.

When the case emerged last year, the public was furious, which is why Kang chose to stay out of the spotlight after making a public apology.

After retiring as a ssireum (traditional Korean wrestling) champion, Kang broke onto the entertainment scene in 1993.

He made a name for himself as a quick-witted host who asked difficult questions.