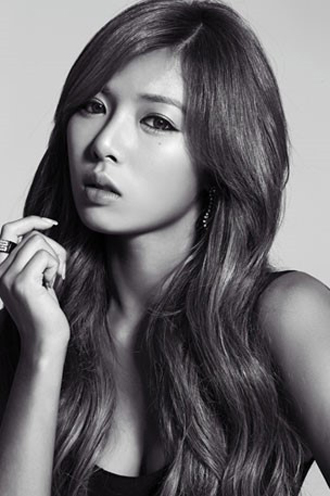 Cube Entertainment announced yesterday that the name comes from the dance track “Ice Cream,” which conveys feelings of being “smitten to the point of melting.”

The EP consists of five tracks in all and features the work of the Brave Brothers, esteemed composers in K-pop.

In line with the announcement, the agency released a teaser photo for the upcoming release.

Hyun-a’s following has grown worldwide after she had a cameo in Psy’s hit “Gangnam Style” video.

As well as being a member of the girl group 4Minute, the 20-year-old entertainer released a single “Bubble Pop” last summer and late last year collaborated with Beast’s Jang Hyun-seung to form the subunit duo Trouble Maker.

The duo’s EP was a huge success, and the performance garnered much attention for having some raunchy scenes. In April of this year, 4Minute released its third EP, “Volume Up.”