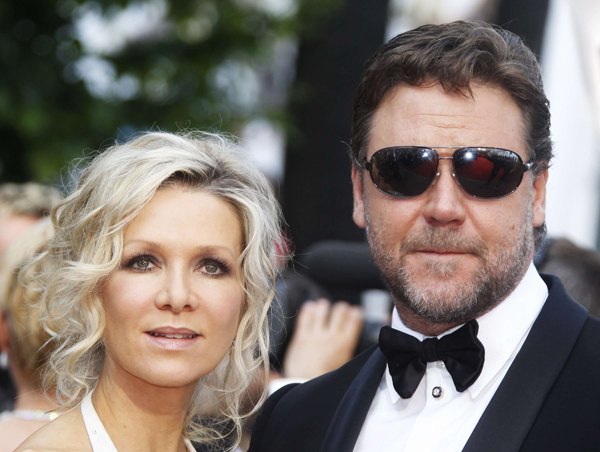 SYDNEY - Hollywood star Russell Crowe and his wife, Danielle Spencer, have split up, a report said yesterday, with speculation that the Oscar-winning actor could face a $25 million settlement.

The couple have separated amicably after nine years of marriage, the Sydney Morning Herald said, with both determined to protect their two children, aged eight and six, from any publicity.

Rumors that their relationship was in trouble surfaced in June this year when photos appeared showing Spencer on a night out with her “Dancing With the Stars” partner Damian Whitewood.

The pictures reportedly showed Spencer and Whitewood with their arms wrapped around each other in Sydney.

Other reports said the demands of Crowe’s acting career may have been a factor in the split, with the star away for much of the past year filming “Man with the Iron Fist,” “Les Miserables,” “Broken City” and “Man of Steel.”

The pair met 22 years ago on the set of the film “The Crossing.” They broke up and Crowe left to find work overseas, where he had a well-publicized affair with U.S. actress Meg Ryan.

But he returned to Australia and proposed to Spencer, a singer, in 2002.

She is credited with helping tame Crowe, who is no stranger to controversy, famously throwing a telephone at a New York hotel concierge in 2005 when he could not get through to his wife in Australia.

He also pinned a British TV producer to a wall in 2002 for curtailing a Bafta award acceptance speech. More recently, he apologized last year after an apparent anti-circumcision tirade on Twitter.

Writing in a Sydney newspaper in 2009, he said he had learned from his mistakes. “In the past, I have put my parents and my wife, and my extended family, through some terrible times and I’m sorry for every moment of those public floggings that they have received the residual fallout from,” he said.