A teenager jumped to her death from her room in an eight-floor apartment Thursday in Daegu, becoming the latest in a series of teenage suicides in the city.

Since December of last year, when a 13-year-old middle school boy surnamed Kwon jumped off a seventh-floor balcony after incessant bullying, the city has seen 12 attempted student suicides. Of the 13 attempts, 11 were successful.

With a rise in the number of suicide attempts, Daegu has become the center of public discourse over the matter, alerting the Daegu Metropolitan Office of Education to change its public objective from “high-quality education” to “happy education” in September. 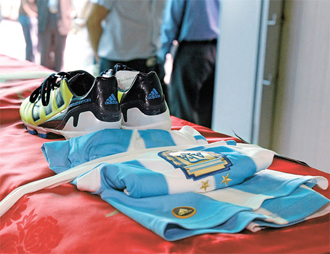 The city is now concerned that it is suffering from the Werther effect, or copycat suicides, termed after the suicidal main character in Johann Wolfgang von Goethe’s “The Sorrows of Young Werther.”

The JoongAng Ilbo interviewed family members, friends and teachers of those who committed suicide and found there is a pattern to be found among suicidal minors.

All 13 students attempted suicide by leaping from a tall building, while five of them left suicide notes. Experts point to the possibility that the suicide note left by Kwon could have played a role in prompting the other four to write suicide notes.

In the note, Kwon identified two students who bullied him at school and pleaded for the police to take due action for their punishment, which authorities did by sentencing them to a prison term of up to three years.

Kwon’s note and text message conversations with the bullies were made public and spread across the Internet.

In the suicide note left by a 16-year-old student surnamed Kim, who took his life in June in Daegu, he also named a student who bullied him.

Lee, who ended her life last Thursday, also talked about why she chose to die and mentioned her classmate who she said had humiliated her deeply. “I ask the police officers to make her apologize to me,” Lee said in her note.

“There is a possibility that suicidal students thought about carrying out their suicide attempts after hearing about peers who were under similar situations at school and eventually took their own lives,” said Kim Eun-gyeong, a psychiatrist at Daedong Hospital in Daegu.

The similarities in the notes were: Naming the bullies, the student’s reasoning for committing suicide and also a request for authorities to punish the bullies.

Four of the suicide attempts took place in Suseong District, an area in the city known to be highly competitive among parents and students.

“I wish parents and teachers would lower their expectations a little about grades,” said a middle school student who requested his name not be publicized.

In September, a senior high school student surnamed Baek in Suseong District took his life because of pressure he felt about going to college.

“My school is proud that it sends more than 10 students to Seoul National University every year,” said a teacher who works in the high school that Baek attended. “But what is the point of admitting students there when students are under tremendous stress, to an extent that they take their own lives?”