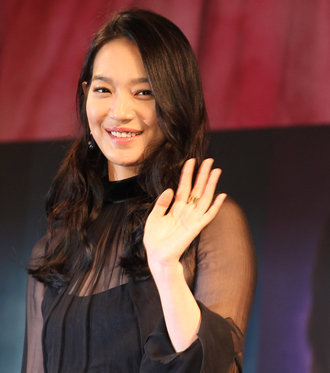 Actress Shin Min-a has launched a line of eco-friendly bags through the cosmetics company Amore Pacific.

The actress, known for her good looks, designed the Envirosax bags herself, which come in three models. “She was a true professional, taking on the project and seeing it through despite her hectic schedule,” said a spokesperson from the cosmetics giant, adding that it was the first time Shin has designed bags.

The 28-year-old actress said she enjoyed the process and that she dabbles in drawing in her spare time.

As well as being attractive, the company said, they are also of high quality.

Shin’s fans are able to purchase the bags by accruing at least 9,900 beauty points on their Amore Pacific loyalty cards.

The bags will be available at Aritaum shops and department stores nationwide.

Shin is currently busy taking on the role of a clueless ghost in the MBC drama “Arang and the Magistrate” alongside Hallyu heartthrob Lee Joon-gi.