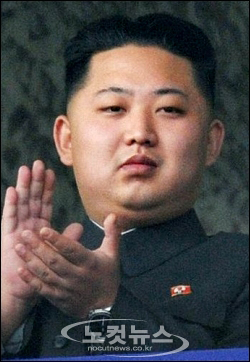 North Korea delivered a message to the United States late last month in a closed-door meeting that it would think about reviewing its nuclear weapons program only if the U.S. drops its hostile stance toward the communist state, according to Foreign Policy magazine yesterday.

“In the meeting, the Democratic People’s Republic of Korea [the North’s official name] officials reiterated their previously stated position that they would consider a review of their nuclear program only after the U.S. first ended what they allege is its hostile policy toward the DPRK,” the bi-monthly magazine stated in an exclusive report, citing two U.S. government officials who were briefed on the meeting.

“No progress was made toward resuming negotiations over North Korea’s nuclear program.”

On the sidelines of the Northeast Asia Cooperation Dialogue, held from Sept. 27 to 28 in Dalian, China, Clifford Hart, the U.S.’ special envoy for the six-party talks, met with Han Song-ryol, North Korea’s deputy ambassador to the United Nations, and Choe Son-hui, deputy director general of the North American affairs bureau in Pyongyang’s Foreign Ministry.

The Foreign Policy report stated that “No future meetings [between the two countries] are scheduled.” The recent U.S.-North Korea bilateral meeting was the first since July when Hart and Han met in New York.

The talks, however, have been stalled since the last round in 2008, after North Korea revealed its uranium enrichment facility in April 2009.