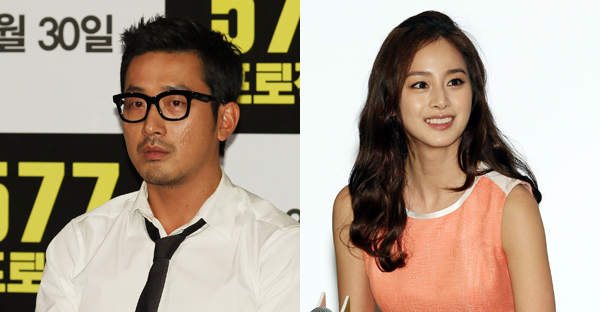 
Actor Ha Jung-woo has made it clear he isn’t dating Kim Tae-hee, despite the rumors.

“I saw Kim Tae-hee two times in the past year,” said Ha, adding that on those two occasions, the actors were accompanied by mutual friends Gong Yoo and Kong Hyo-jin.

“I feel bad for Kim Tae-hee that she’s been caught up in this, too,” said Ha. “According to the same source, I’m also gay. I don’t know where they come up with this stuff.”

The Web forum that sparked the rumors is said to be written by eye witnesses who work in securities and finance who apparently are privy to confidential information about who is getting divorced and married in the entertainment industry.

Previously, Ha was linked to his “Love Fiction” co-star Kong, who broke up with her longtime boyfriend Ryu Seung-bum this year.