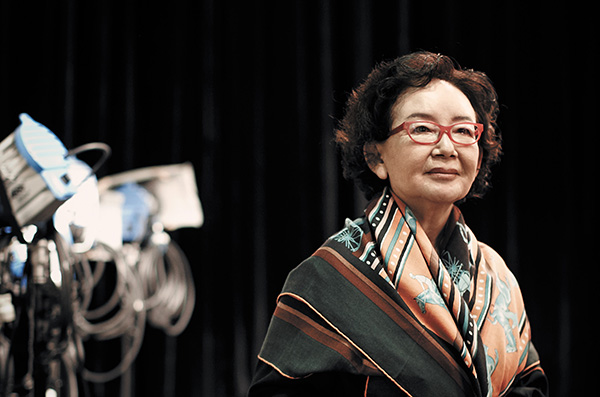 Writer Kim Soo-hyun is back with JTBC’s upcoming drama “My Kids Give Me a Headache.” By Moon Duk-kwan


Kim Soo-hyun, 69, is one of the most renowned screenwriters in Korea. She is know for the controversial topics of her works, which have included same-sex relationships in the 2010 drama “Life is Beautiful” and the social problems associated with Alzheimer’s disease in “A Thousand Days’ Promise.”

Kim is also known by insiders as “a Godzilla” on set, controlling actors’ depictions of her characters. While it may be a pain for some, her commitment to her work has produced success after success.

Kim specializes in family dramas that often focus on social issues rarely discussed by the public.

This time, she is back with yet another news-stirring topic: the life of an elite single mother in the upcoming JTBC drama “My Kids Give Me a Headache.” 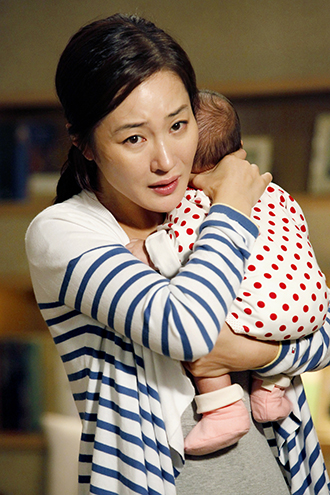 A scene from the drama “My Kids Give Me a Headache” with actress Uhm Ji-won as So-young.

The JoongAng Ilbo sat down with Kim earlier this month in JTBC’s newsroom in central Seoul to ask about her new drama and life as a drama screenwriter.


Q. Why do your dramas always make headlines?

A. I’ve never done that on purpose. For example, in the drama “Mom’s Dead Upset,” I wondered what it would be like for a hardworking mom to resist her everyday chores, and in “Life is Beautiful” I thought that it would be interesting to depict the life of a parent with a gay son.

Isn’t the story of “My Kids Give Me a Headache” based on a single mother?

Yes, and this kind of subject matter is still not easily discussed in our society. People think that single mothers consist of women in generally low classes with a low level of education. But really, anyone can become a single mother, and I wondered what would happen if a smart and highly educated woman became one.

What is the hardest aspect of your job?

The hardest part is when I have to write the first episode. Rather than planning the plot in advance, I first create my characters. Once they’re created, I let them play around in the first episode, but that’s hard. The circumstances and personalities of the characters are not that important. It’s their essence within the production that is so crucial and tough to come up with. As the story goes on, the characters slowly get settled in. Consequently, I can’t predict the ending.

You’re famous for being harsh at the reading sessions. Is that true?

I’m not that harsh [laughs]. But actors may feel that they can be cut out any time. Playing a character is timeconsuming, so if an actor can’t seem to play it right, we need to adjust that.

I honestly think that I changed a lot. Before, I heard that actresses would cry in the bathroom because I would force them to act until I was satisfied. Well, I still hear that when actors read my script they say, “I can’t make any mistakes, even a minor one.”

But I think that what I’m doing is right. In my scripts, I have my own diction and you can’t make any mistakes if you want to do it right.

Do you model after certain people when you create your characters?

Rather than making a character based on a specific model, I create characters made up of a little bit of everything, kind of like a mosaic version of a person. It’s also hard to name them probably because I have been behind so many productions [laughs]. So I try to name them with typical names that are easy to remember.

Is there a time now when you think that everything is not the way it used to be?

I sometimes think that I am too old. There is nothing that is too hard physically because all throughout these years, I have been working entirely through my mental strength.

What do you think about when you look at young screenwriters’ works?

There are those who I like and those who I don’t like. The important thing to remember is that scripts can’t be handed in late. Why can’t you write them in advance? That’s just laziness and an arrogant aspect of the writer. Writers shouldn’t force the rest of the staff to do the work for them.