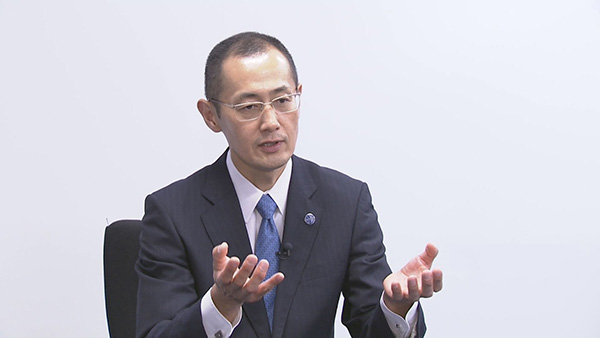 From medicine to economics, Nobel Prize week is over. And it felt quite different in Japan than in Korea. When I was in Korea, people were not very interested in who will win the six prizes. But the Japanese were full of hope, saying, “Who are the candidates today?” “Will Japanese win today?” Every day was full of drama, and the Japanese were as excited over chemistry and literature as we were over fencing and archery during the Olympics.

I was astonished when I saw the coverage plan of a Japanese TV channel. At 6:30 p.m. on Oct. 8, when the Nobel Prize in physiology or medicine was to be announced, reporters were assigned to cover four potential winners. If Prof. Masao Ito, director of the Riken Brain Science Institute, won the prize, a news conference would be held at his lab. In the case of a triumph by Dr. Seiji Ogawa, who discovered MRI technology, reporters were to wait near his residence in Kamakura to interview him. If the prize went to Prof. Akira Endo for his research on cholesterol, a news conference would be held at the Tokyo University of Agriculture and Technology at 7:15 p.m. If Prof. Shinya Yamanaka of Kyoto University was the choice, reporters were to await instructions.

The honor went to Yamanaka for “the discovery that mature cells can be reprogrammed to become pluripotent.” He was the 19th Japanese laureate and 16th scientist to win a Nobel Prize. All of Japan celebrated.

The tension continued the following two days for the physics and chemistry prizes. Three Japanese researchers, including Prof. Atsuto Suzuki, were mentioned as contenders in physics. Prof. Akira Fujisama’s research on titanium dioxide photocatalysis made him a popular favorite to win the chemistry prize.

Haruki Murakami was mentioned as a strong contender for the prize in literature that went to Chinese writer Mo Yan on Oct. 11. “Unfortunately, there was no Japanese winner today,” media reported with regret.

I was reminded of broadcasting in Korea during the Olympic Games: “Unfortunately, there was no gold medal today.”

To a correspondent in Tokyo, one of the most challenging assignments is to “investigate the secrets of Japan winning Nobel Prizes.” I interviewed past winners and the officials at the Ministry of Education, Culture, Sports, Science and Technology, but they always gave me the obvious answers. “The government needs to consistently provide support and assistance.” “There should be a research system where veterans can mentor and inspire their juniors.” “Scientists should be respected in society.” After all, there are no shortcuts to winning a Nobel Prize.

The growing gap in science between Korea and Japan should be taken more seriously than losing on the soccer field, but it is worrisome that fewer and fewer people seem to care about the science field.

* The author is a Tokyo correspondent of the JoongAng Ilbo.