Many denied their pension benefits

Many denied their pension benefits 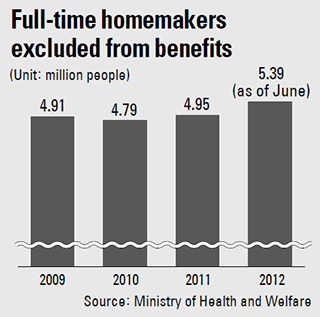 While the National Pension Service exists ideally to provide support to the elderly, disabled and family members who have lost loved ones, in reality, many who pay into the pension end up not receiving benefits because of loopholes.

One 48-year-old woman surnamed Yoo from Anyang, Gyeonggi, ran a small restaurant for 10 years since 1999. But in November 2010, she gave up the restaurant. In preparation for retirement, Yoo made monthly pension payments. In March, Yoo passed away from disease. 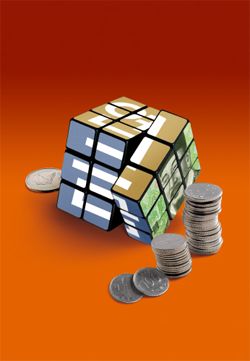 
Instead, he received back 11.6 million won ($10,511), the amount his wife had paid to the pension service over the years, plus some interest.

A “full-time homemaker” is defined as a married person who has a working spouse and has no source of income, regardless of whether they have been employed at some point. 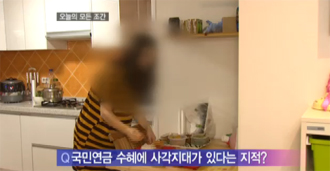 The National Pension covers all workers including the self-employed, who pay a premium to prepare for the loss of capability of earning income due to old age, disability and death.


But those like Yoo who have quit working, even if they made monthly contributions to the National Pension, become ineligible for benefits because they are married. And this year there are some 5.39 million people who are excluded because of this regulation, 57 percent of which are women.

In contrast, under current regulations, women who are single or divorced get benefits. A 28-year-old single woman surnamed Hong from Dongdaemun District, central Seoul, became injured in November 2008 within a year of working at a company and has since received 513,470 won in monthly disability insurance.

This discrimination against full-time homemakers has existed since the pension service was enacted in 1988. The idea was that even when a woman’s economic activities were insignificant, they could live off their husband’s pension, in order to cut back on overlapping pensions.

The number of working females between their 20s and 50s increased by a third from 6.03 million in 1988 to 9.02 million last year but the regulation has not yet changed to reflect the growing number of women in the workforce.

In the past three years, the number of working married housewives increased by 600,000.

There are still 2.29 million men who are also excluded from the National Pension because of the full-time homemaker clause.

A 55-year-old office worker surnamed Lee from Gimpo, Gyeonggi, was returned the 11.29 million won her husband had paid over the years after he passed away last October.

Though he had worked over nine years, five months before he passed away he became unemployed and categorized as a full-time homemaker.

Without such a regulation, the bereaved Lee would have been able to receive 175,000 won per month in survivors’ insurance.

Over 583,000 full-time homemakers paid contributions to pension for over 10 years, filling the minimum amount in order to receive senior pension after turning 60. Those who did not pay insurance for 10 years receive a lump-sum after turning 60 or need to continue to pay.

But full-time homemakers that get sick, injured or die are not eligible for disability or survivors’ insurance even when they have paid for 10 years, though they will receive their senior pension.

The issue has been raised before but the government has thus far not resolved it.

When reform measures were proposed in 2010, the National Assembly and government’s response was that reforming the blind spot “would be too costly.”

Phang Ha-nam, president of the Korea Pension Association and senior researcher of the Korea Labor Institute, said, “The fact that there are people excluded from the most fundamental basic pensions which provide income in old age [paying an insurance fee but not receiving benefits] is in itself illogical.”

Phang added, “That women receive pension depending on if they are single or divorced is a backward notion, and if one paid for insurance fees, then they should be recognized as being able to receive benefits for disability and bereavement benefits.”