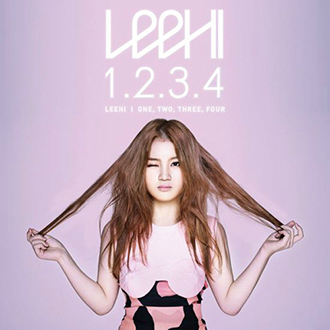 “K-pop Star” runner-up contestant Lee Hi made her official debut yesterday with the launch of her single “1,2,3,4,” which was No. 1 on nine online charts.

The 16-year-old singer, who decided to pursue a career with YG Entertainment after the show’s end, has been the talk of the town the last few months leading up to her big debut.

Since the show came to an end in April, Lee has been training with the agency that also works with Hallyu groups 2NE1, Big Bang and Epik High.

Leading up to the anticipated single’s release, teaser images of Lee fueled much interest among netizens.

The song is being described as a powerful retro-soul piece, a revamped genre made famous by Marvin Gaye, The Jackson Five and The Temptations.

YG’s head Yang Hyun-suk personally oversaw every stage of the single’s production along with the in-house producers Choice37 and Lydia.

In a rare move for a newbie, the music video was also shot by the renowned director Han Sa-min, who was behind 2NE1’s “Lonely” and Big Bang’s “Blue.”