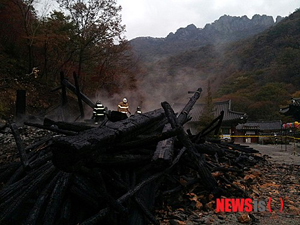 One of the nation's oldest temples known for its scenic autumn foliage was destroyed by fire on Wednesday, police said.

The fire, of which the cause is yet unknown, started at Naejang Temple in Jeongeup, North Jeolla Province, at about 2 a.m. and destroyed the temple's main building, Daewungjeon, and part of the forest behind it, police said. 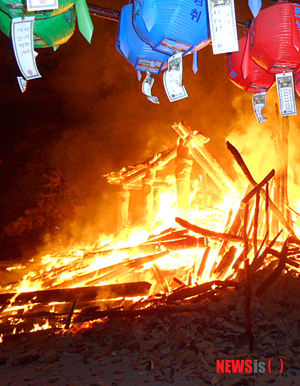 About 10 monks were residing in the temple. No casualties were reported, however, as the monks slept in a separate building, the police said.

Other temple buildings were not affected, according to temple officials.

Police and firefighters were trying to determine the cause of the fire, including the possibility of arson.