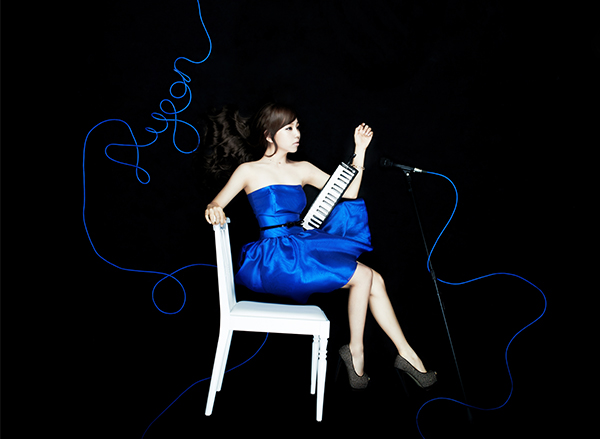 A “K-Pop Star” appearance and debut No. 1 hit have made 2012 quite a year for Baek A-yeon. Provided by JYP


In television singing competitions, there always seems to be at least one contestant with a sad story who attracts a little more attention than the rest. That describes 19-year-old Baek A-yeon on “K-Pop Star,” which aired on SBS early this year.

“When I was 9, I was diagnosed with a malignant lymphoma. I couldn’t go to school for a year and was hospitalized, receiving anti-cancer treatments,” explained a tearful Baek on the show. “Because of me, my family suffered financial difficulties.”

But when she calmly sang songs she had arranged and played the keyboard, three judges from top entertainment agencies SM, YG and JYP complimented her “soft, sweet and clear” voice. Yang Hyun-suk from YG described it as “so soft it sounds as though somebody covered it with sesame oil,” while Park Jin-young from JYP gave her a nickname, “Iron Heart,” referring to her beating cancer.

As the third finalist on the program, Baek signed with JYP and debuted with a mini-album, “I’m Baek.” The title track, “Sad Song,” was an instant hit.

“I expected a lot of attention from the public compared to other new singers because many people watched ‘K-Pop Star,’ but I didn’t expect to top the charts,” said Baek.

Last week, she looked a little awkward standing shoulder-to-shoulder with legendary diva Patty Kim, decades her senior, at a press conference for the “Seoul Music Conference” at the Plaza Hotel, central Seoul. She had been selected from among 81 artists to kick off the three-day showcase that began last Thursday.

The first “Seoul Music Conference,” or “Mu:Con,” was organized by Korea Creative Content Agency with support from the Ministry of Culture, Sports and Tourism to provide an international platform for K-pop. There were conferences with presentations by renowned producers and showcases for artists. One of the top speakers was Harvey Mason Jr., who has produced songs for Aretha Franklin, Elton John, Britney Spears and Justin Timberlake, among others.

“I am so honored to be part of this conference. I’m a newbie and I’m still shy in front of other famous people, but I am glad there’s such an event for Korean artists,” said Baek, showing off her a brilliant white smile during an interview with the Korea JoongAng Daily last week after the press conference. Baek’s new look, thanks to teeth lamination, has been covered by numerous news reports while online portals posted before and after pictures of her teeth. The signer had buck teeth, and during the SBS competition Yang from YG recommended that she see an orthodontist.

Q. Many people say you became prettier after the debut. Aren’t you tired of listening to them commenting on your new looks?

A. I’m not tired of it yet. I am actually pleased to hear that I became prettier, despite it being through the teeth lamination. Ever since the debut, people have been recognizing me on the street even though I wasn’t wearing any makeup. It’s an amazing feeling to be recognized as not only a singer on stage, but as Baek A-yeon, myself.

The judges on “K-Pop Star” were impressed with how calm you were. Do you ever get nervous?

It’s only when I am singing on stage. Before I go onto the stage, I can’t even breathe properly. My hands and legs shake so badly I feel like throwing up. Even though I sing the same song, I am so nervous before every show. It feels like I am still auditioning. I am also very introverted, so I’m not good at approaching new people. But other artists are so friendly, I think I am slowly adapting to my new career.

Many say you are in a heated battle with the other two finalists, Park Ji-min and Lee Hi, who also made a debut soon after you. How do you feel? Did you listen to their songs?

I read many news reports referring to us three as being in a triangular battle. I am actually honored, because Ji-min and Hi stood out from the first episode of “K-Pop Star” with their singing abilities, while I didn’t. But I don’t want to call this a battle.

I saw Ji-min’s stage, of course. She’s also contracted with JYP. After watching her debut, I couldn’t think of anything but, “Yes, she is indeed the winner of ‘K-Pop Star.’” Because I was the first one to debut, I could understand how the other girls would feel right now.

Lee Hi, who signed up with YG, released her new song with a music video and it already topped many music charts. Did you watch her music video?

Yes, I did. I thought the song was a perfect one to make her low-tone voice stand out. It was really a “Hi-like” song. I also saw in the music video that she did a little bit of dancing, as well. She used to sing only during the competition, but I saw her dancing in the music video and I really enjoyed it.

You dreamed of being a singer, and your dreams came true. Is the reality of actually being a singer similar to what you imagined?

No, it’s quite different. I thought that if I became a singer, I would not feel tired despite busy schedules. But I realized that you do get exhausted after a long day. I thought I could smile all day and stay happy because I am doing the work I love, but I noticed that on the days when I am really busy, I become quite sensitive.