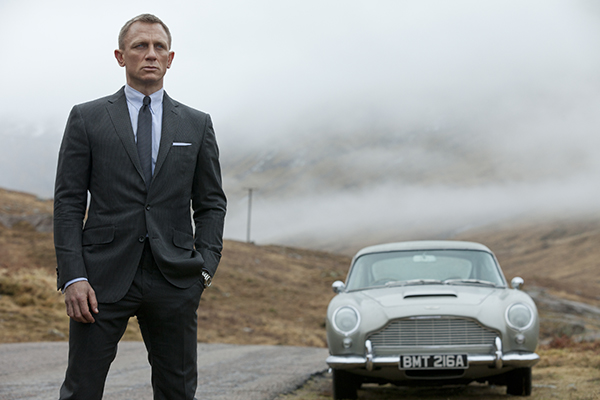 James Bond can don the tuxedo and break out the Dom Perignon after the super spy returned to theaters in record fashion over the weekend, blowing away box office rivals with $87.8 million in ticket sales for the U.S. and Canadian debut of “Skyfall” for the biggest opening in the franchise’s history.

“Skyfall” handily beat Walt Disney animated movie “Wreck-It Ralph,” the story of a video game character who destroys everything in his path. The family film that topped last week’s charts grabbed $33.1 million from Friday through Sunday and slipped to second place. Denzel Washington drama “Flight,” about an airline captain who saves a plane from crashing, pulled in $15.1 million to finish third.

Bond’s allure proved unbeatable in “Skyfall,” the third movie starring Craig and the first in four years. The last Bond film, “Quantum of Solace” in 2008, opened with a then-record $68 million at North American theaters.

“We’ve always been very bullish about the film, but I don’t think anyone expected the kind of stunning numbers that we’ve seen,” said Rory Bruer, president of worldwide distribution for Sony Pictures studio.

Bond’s return has been hailed by the critics as a triumph for the 23-film franchise after a tepid response to “Quantum of Solace.”

Ninety-two percent of “Skyfall” reviews on the Rotten Tomatoes Web site were positive, and audiences polled by CinemaScore awarded the film an “A” grade. The film has already exceeded the “Quantum” lifetime box office total.

The $200 million movie was produced by MGM, Sony and Eon Productions. Its release comes 50 years after the franchise premiered with “Dr. No” in 1962, and the producers highlighted the anniversary in the film’s marketing. The 22 previous Bond films have grossed $5 billion at box offices over five decades.

“Skyfall” was the only major new nationwide release this weekend. Steven Spielberg’s historical drama “Lincoln” opened in 11 theaters with sales of $900,000, or $81,818 per theater on average. The movie, which stars Daniel Day-Lewis as the 16th president, expands to 1,500 locations next Friday. Rounding out the top five, Ben Affleck drama “Argo,” about the rescue of U.S. diplomats from Iran in 1979, finished in fourth place with $6.7 million. In fifth place, Liam Neeson hostage thriller “Taken 2” grabbed $4.0 million.