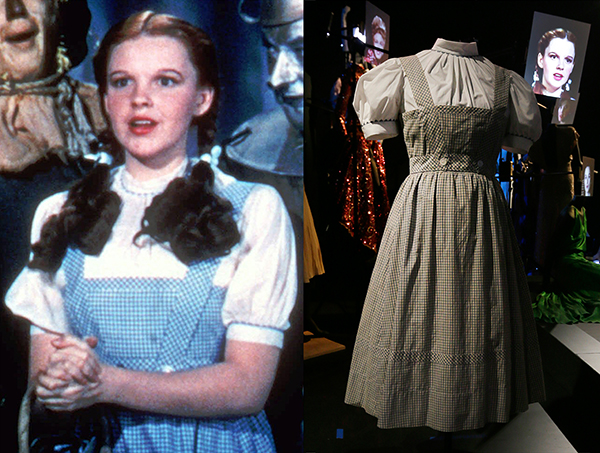 BEVERLY HILLS, California - The now-faded blue gingham dress that Judy Garland wore in “The Wizard of Oz’’ has sold for $480,000.

Auction house Julien’s Auctions says the pinafore fetched the highest price of any item during a two-day auction of Hollywood memorabilia that drew bids from around the world. The auction ended Saturday in Beverly Hills.

Steve McQueen’s racing jacket sold for $50,000, as did a purple skirt worn by Marilyn Monroe while filming “River of No Return’’ in Canada. Julie Andrews’ “Sound of Music’’ dress brought $38,400.