Police refuse to back down on probe

Police refuse to back down on probe 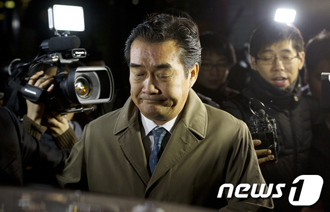 The national police force is not giving up in its head-butting battle with prosecutors over a corruption investigation.

Yesterday, the National Police Agency requested that prosecutors surrender investigation reports filed by a senior prosecutor surnamed Kim, who investigated mergers and acquisitions by the Eugene Group, a construction company, in 2008.

The police allege that the prosecutor received 600 million won ($550,000) in bribes from the construction company along with 240 million won from Cho Hee-pal, a notorious pyramid scheme swindler. 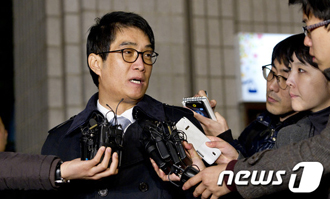 But the police’s investigation into an allegedly crooked prosecutor has pitched it into a turf battle with the prosecution itself.

Since the criminal procedure code was revised in January, the prosecution has jurisdiction over all police investigations, and it can tell the police when to start an investigation - and when to back off.

The police don’t like that change in the law, and they’re refusing to back down on the investigation of Kim.

Political analysts also point to a history of prosecutors and police accusing each other of crimes. Since March, prosecutors have been cracking down on police in southern Seoul for taking bribes from hostess bar owners. Some see the current investigation by the police as payback.

The police have demanded the investigation reports from Kim, which they say will prove that he received bribes from Eugene Group in 2008.

But after the police’s investigation was reported by media last week, the prosecution appointed Kim Soo-chang, 50, from the Legal Research and Training Institute, to lead its own investigation into Kim on Friday.

On Sunday, the special prosecutors’ team raided Kim’s office and house in Seocho District, southern Seoul, as well as headquarters of the Eugene Corporation in Mapo District, western Seoul, and seized documents and computer hard drives as evidence.

The police also found that Kim had gone on an overseas tour with an official of KTF, an affiliate of mobile carrier KT. It said the official who went on the trip with Kim testified that the company paid millions of won for the tour package for the prosecutor. The police also requested that the prosecution check whether Kim had investigated KT around the time he took the trip. Nam Joong-soo, former president of KT, was accused by police of involvement in a scheme to receive kickbacks from KT business partners, tried and given three years probation in 2009. The investigation of the KT case was conducted by the Seoul Central District Prosecutors’ Office, where Kim was a senior prosecutor.

“We will try to prove the allegations against Kim based on evidence and testimony we have obtained, although it’s hard for us to run an aggressive investigation because it will be impossible to get warrants through the prosecution,” a spokesman of the National Police Agency told the JoongAng Ilbo.

The police suspect that the prosecution will not investigate Kim thoroughly since he’s one of their own.

Sources in the two investigations are also paying attention to any new details that emerge about pyramid-scheme swindler Cho, and whether his money went to high ranking officials.

“They [police and prosecutors] have collected intelligence related to Cho’s fraud since it occurred in 2008,” a source in an investigation agency was quoted as saying.

Cho allegedly ran a nationwide pyramid scheme between 2004 and 2008 that took in about 3.5 trillion won from 30,000 investors. He fled to China with the money in 2008. There are unverified rumors that Cho died in China.

Early this year, a police officer from the Daegu Metropolitan Police Agency surnamed Kwon, 48, who was in charge of Cho’s fraud case, was dismissed on suspicions of taking 900 million won in bribes from Cho. Kwon was suspected of helping Cho flee to China. There are rumors that influential politicians and high-ranking police officers were backing Cho.