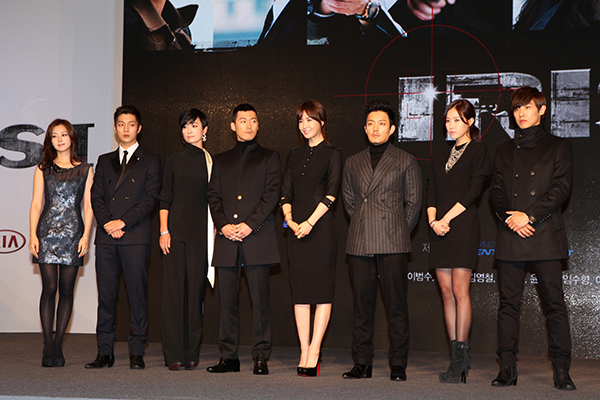 At a press conference Tuesday for the much-anticipated drama “Iris 2,” producers claimed the sequel may not have Lee Byung-hun and Kim Tae-hee, “but will be a spectacular production incorporating the latest technology as well as some authentic martial arts moves.”

Co-directed by Pyo Min-soo, best known for romance films, and Kim Tae-hoon from the action genre, the program’s producer Jung Tae-won said the drama will be “a lot different from the prequel.”

“I was a fan of the prequel, and so it is quite a burden to know I have some big shoes to fill,” said Yoon, referring to the role of another idol group member, TOP, in the 2009 hit production.

Meanwhile, Lee said he had a bit more of a laissez-faire outlook on the project. “I don’t feel like I have to try too hard, and as always, I’ll just be myself,” said Lee, who added that he must be an “OK” actor as he’s been in productions like “Ninja Assassin” (2009).