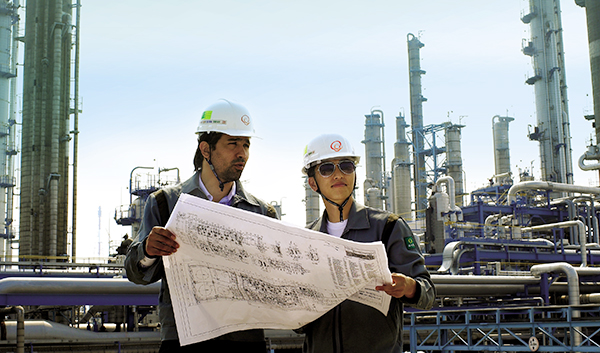 Hanwha Engineering & Construction cemented its No. 1 status in total value of overseas construction orders won in this year by securing another deal in Saudi Arabia on Wednesday.

The affiliate of Hanwha Group said it has signed a $585 million deal with Saudi Aramco, the world’s biggest oil producer, to build an oil refinery and marine terminal near the nation’s southwestern economic city of Jazan.

The engineering, procurement and construction contracts are for a 400,000 barrel per day refinery on the Red Sea. The marine terminal building project requires some high-tech processes such as setting up a single point mooring (SPM) dock and installing an 8.8-kilometer-long (5.5-mile-long) underwater pipeline.

Hanwha said the project will be completed by early 2016.

The company’s second deal of 2012 brings the total value of its orders clinched this year to $8.33 billion. Last year, 10 of its domestic rivals won more lucrative total orders.

“Under the banner of ‘Quality Growth 2020,’ we appointed a new construction division chief who would be solely responsible for overseas construction projects, and the global business strategy of Chairman Kim Seung-youn enabled us to achieve [our latest success],” said Hanwha E&C CEO Kim Hyun-chung, who is also vice chairman of nation’s 10th-biggest conglomerate.

The former said yesterday it landed a deal worth $2.06 billion to build a 36.14-kilometer-long bridge from Shuwaikh Port near Kuwait City to Subiyah in the central region of the country with Kuwait’s Combined Group Contracting. Hyundai said it has so far won foreign orders totaling $8.04 billion this year.

Samsung Engineering, which won most overseas orders in 2011, clinched its latest deal on Oct. 31. At the time, it inked a $2.48 billion agreement with the United Arab Emirates after it was chosen by Abu Dhabi National Oil Company to build a carbon black unit and delayed coker unit in Ruwais, west of Abu Dhabi, by January 2016. The company now has amassed $6.16 billion.

Hanwha hit the jackpot in May after signing a $7.75 billion deal with Iraq’s National Investment Commission to construct a new city. Better known as the Bismayah New City project, Hanwha was handed full responsibility for the design, supply and construction of the city for seven years. At 1,830 hectares (4,522 acres), the city that is located 10 kilometers southeast of Baghdad will contain 100,000 houses and requires infrastructure be built including roads and water and sewage facilities.

The Iraq deal represents the single-largest overseas construction project ever won by a Korean company. Adjusted for inflation, its total value is estimated to be $8 billion. The deal accounts for nearly one-third of all construction orders won by local builders in the Middle East this year, according to the International Contractors Association of Korea.

The company also plans to raise its overseas construction revenue to 40 percent of total sales by the same deadline.

The company said it has been trying to expand its business portfolio to various fields beyond power generators and chemical plants.

However, it hit a rough patch recently as the 60-year-old chairman, Kim Seung-youn, was barred from taking part in business dealings after he was convicted of embezzlement and breach of trust. This led to him being jailed immediately after initial sentencing by the Seoul Western District Court in August.

“Because of Kim’s absence, some additional construction projects in Iraq that are estimated to be worth $10 billion are in limbo,” said Kim Hyun-chung, CEO of Hanwha E&C. “We urgently need him to return to his post.”