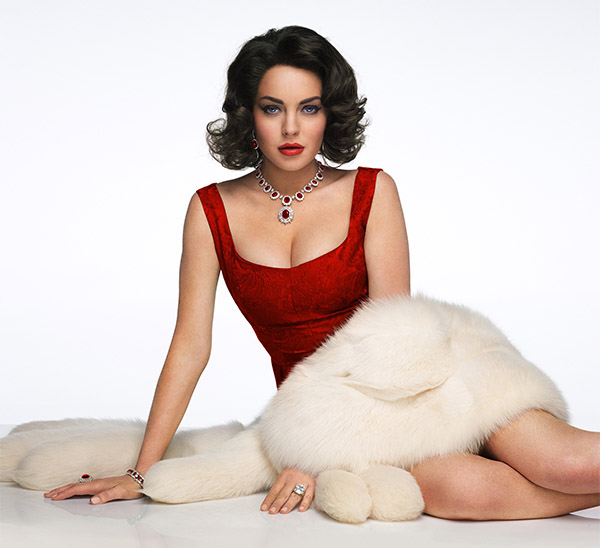 
LOS ANGELES - Lindsay Lohan has earned mixed reviews for her latest role - a bid to turn a page on legal troubles - with one critic calling her turn as Elizabeth Taylor “spectacularly bad.”

The respected Hollywood Reporter pulled no punches in its review of TV movie “Liz and Dick,” about the film legend’s stormy relationship with actor Richard Burton, Lohan’s first project since a string of court appearances.

“Both an awful mess and an instant classic of unintentional hilarity,” it said in summarizing a 1,200-word hatchet job by its critic, who opined: “Lohan is woeful as Taylor from start to finish.”

“It should come as no great surprise that a movie starring Lindsay Lohan is spectacularly bad. After all, it’s Lohan, more memorable in the tabloids than she ever was as an actress,” he added.

“But whatever you do don’t miss ‘Liz & Dick.’ Drinking games were made for movies like this. The best part is that it gets worse as it goes on, so in the right company with the right beverages, [it] could be unbearably hilarious.”

Other outlets were less scathing: industry daily Variety said the film “is actually pretty good, all things considered,” although, curiously, it too suggested drinking games to accompany it.

“OK, so there’s plenty of fun to be manufactured watching the movie -and even drinking games, like taking a swig every time a doctor or associate delivers bad news,” its critic wrote.

The Washington Post cited an executive on the film, Larry Thompson, as “stating the obvious: ‘Producing a movie with Lindsay Lohan is not for the faint of heart.’?”

The 26-year-old actress - barred earlier this year from Hollywood’s storied Chateau Marmont, where she stayed while filming “Liz and Dick” - has been trying to rebuild her life after a series of run-ins with the law.

After a promising career as a child star in “The Parent Trap” and “Freaky Friday,” she has become more famous for drug problems that have led to several prison stays. “Liz and Dick” is due to air Sunday on the Lifetime channel in the United States.