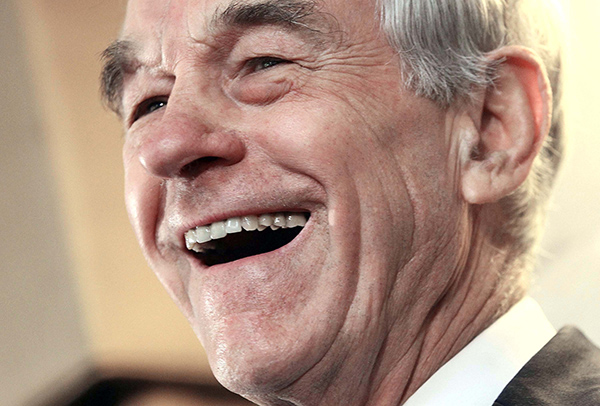 As I covered the U.S. presidential election campaign for the past year, Representative Ron Paul of Texas was one of the most impressive figures. The 77-year-old former obstetrician and gynecologist remained in the race even after it was clear that former Massachusetts Gov. Mitt Romney would be the Republican nominee.

In order not to disappoint his supporters and remain true to his convictions, finishing the race was his priority. In contrast, other candidates dropped out when they had slim chances of winning. Even the day before the Republican National Convention, Paul refused to endorse Mitt Romney.

If you look at his life, you would understand his stubbornness. For 30 years in Congress, he has never deviated from the principle of minimal government and maximum liberty. He proposed and supported bills and published books as a libertarian to the core. He has been consistent in life and philosophy.

The U.S. presidential election was two weeks ago, and some candidates don’t seem so disappointed by defeats. For them, the act of running for president is meaningful in and of itself. The Libertarian Party, the third-largest political party in the United States, emphasizes a reduction in the role of government and received about1.1 million votes, the largest amount ever for a Libertarian candidate.

Gary Johnson, a former New Mexico governor, said in an interview with Time magazine that his candidacy was valuable because it challenged the positions of the two mainstream parties. The Libertarians let the existing parties and voters know that there were different voices and ideas out there and that politics could be reformed. He said that every moment he spent advocating his philosophy and values was a joyful experience. The Green Party’s Jill Stein said that the election was only a part of the journey toward political reform.

With the two-party political system solidly established, it may seem reckless for a third-party or independent candidate to run for president of the United States. The minor candidates within the two mainstream parties also have little chance. Sometimes, they are vilified. In the 2000 presidential election, Democrat Al Gore earned more popular votes but was defeated in the electoral college by George W. Bush. Democrats blamed the Green Party’s Ralph Nader for Gore’s defeat because he attracted liberal votes in the swing state of Florida. However, such critics look at politics only in terms of votes. Democracy develops through diversity. The democracy of the United States become solid thanks to those candidates who challenged until the end in the face of certain defeat in order to defend their political philosophies. As we all know, if we emphasized the outcome or political tactics too much, we would have to give up genuine politics.

* The author is the Washington correspondent of the JoongAng Ilbo.