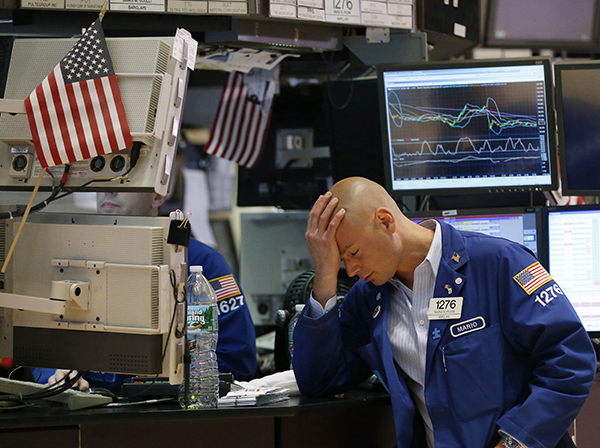 With the uncertainty of the U.S. presidential election behind us, it’s time for regulators of financial markets to get serious about preventing market malfunctions - from out-of-control algorithms to initial public offerings marred by technology breakdowns.

To some wary investors, these incidents show that the markets are unstable, unreliable and tilted against them. Given the extraordinary complexity of today’s lightning-fast equities markets and the speed of technological change, there is no single solution. Yet a logical place to start is a fresh approach to the regulation of U.S. stock exchanges.

For the past two decades, the Securities and Exchange Commission (SEC) has overseen exchanges by inspecting them occasionally and urging them, voluntarily, to examine themselves, file annual reports and notify the agency of planned technology changes and significant system outages. In the past year, the SEC has also charged two exchanges, Direct Edge and the New York Stock Exchange, with unintentional rule violations, and may be investigating cases against others (I represented the NYSE in the SEC action against it, but this article reflects solely my personal views and not those of my law firm or its clients).

The SEC has highlighted these enforcement actions as proof that it’s getting tough on exchanges. In fact, the actions reveal regulatory failures. If Direct Edge had weak internal controls that caused a significant glitch in Nov. 2010, as the SEC alleged, why did the commission grant it a license to operate as an exchange just four months earlier?

If the NYSE allegedly failed to comply with an SEC market-data rule beginning in 2008, wouldn’t it have been better for commission examiners to detect the problem then and direct the exchange to fix it immediately, rather than for SEC enforcement lawyers to bring a case four years later?

Instead of signaling a need for more enforcement actions, which by definition look backward, recent market failures show that the SEC needs to do much more to prevent problems before they occur.

The agency should take a cue from another federal regulator that places the highest priority on prevention: the Nuclear Regulatory Commission. The NRC has achieved impressive results through a regulatory regime that includes continuous inspection of all 104 operating U.S. nuclear plants.

It has established objective indicators of acceptable performance and has given plant operators big incentives to correct problems before they are found. It posts plant performance ratings and inspection findings on its public website.

The NRC has the authority to temporarily or permanently shut down plants with serious operational or compliance deficiencies, or to impose fines and seek criminal prosecutions for willful violations that create a substantial risk of harm. There has been no meltdown at a nuclear power plant in the U.S. since the Three Mile Island accident in 1979.

Adapting this framework to the SEC’s regulation of stock exchanges would be feasible and much more effective than its current hindsight-oriented approach. Here’s why:

Resources would be used more efficiently. Continuous oversight may require more resources than selective examinations, but not much. There are only 16 registered national securities exchanges, many of which are relatively small. Beefing up exchange inspections would allow the SEC to devote more of its enforcement resources to catching and prosecuting securities fraudsters.

SEC technical expertise would improve. Cumbersome enforcement techniques, such as document subpoenas and sworn testimony, are a poor way for the agency to monitor exchanges’ compliance with regulatory requirements and to keep abreast of constantly evolving technology. Continuing informal communications between exchange personnel and tech-savvy SEC examiners would allow the agency to gain expertise, to provide up-to-the-minute guidance on ambiguous rules and best industry practices and to make sure exchanges address problems right away.

Exchanges would have better incentives. In a less enforcement-focused regulatory climate, exchanges would be more open to sharing new ideas with and reporting problems to SEC staff. And if the commission could shut them down immediately for serious failings, exchanges would protect against such a disaster by investing more in compliance, system upgrades and capacity increases.

Investors would be better protected. Selective enforcement action can leave the public unprotected and place some exchanges at an unfair competitive disadvantage, if others have similar problems unaddressed by the SEC. By contrast, public disclosure of industry-wide inspection results based on objective performance criteria would stimulate competition that would improve the performance of all exchanges.

Granted, nuclear accidents are potentially far more catastrophic than even the most serious stock-exchange malfunctions. But the NRC’s regulatory philosophy is just what the SEC needs to prevent the next stock-market meltdown.

* The author is a partner in the New York office of Covington & Burling LLP and was the chief litigation counsel for the SEC’s enforcement division from 2000 to 2005.