Wonder Girl Sunye is off the market

Wonder Girl Sunye is off the market 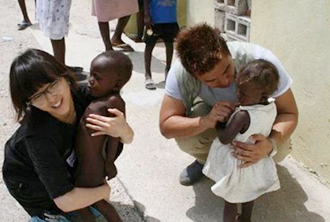 Wonder Girls’ Sunye announced yesterday she will marry her missionary beau on Jan. 26.

JYP Entertainment said through an official press release that after six years as the group’s leader, Sunye has decided to give up her position in the girl band for now. Following the announcement, the star herself took to Twitter and confirmed the news in a bold manner. She cited a verse from Jeremiah in the tweet: “For I know the plans I have for you, declares the LORD, plans to prosper you and not to harm you, plans to give you hope and a future.”

“It’s a decision she’s thought long and hard about, and we respect that,” said the agency, adding that she will technically remain in the group.

Sunye’s love life was the interest of netizens and fans alike because the Wonder Girl’s choice of boyfriend was a Canadian-Korean missionary based in Haiti. The two met when the entertainer was on a mission trip.

In September, news broke that Sunye would soon marry her clergyman. At the time, the 24-year-old singer denied it.