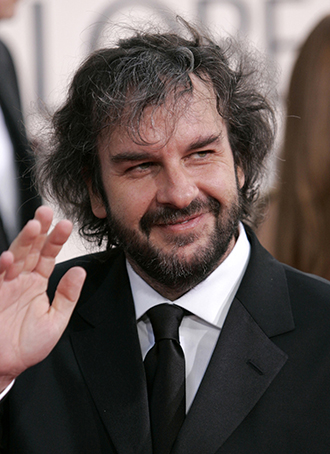 WELLINGTON, New Zealand - Peter Jackson hopes the new technology he used on his “Hobbit’’ movie trilogy will create a magical experience that will get people into theaters. Speaking at a news conference in Wellington hours before the Wednesday premiere of “The Hobbit: An Unexpected Journey,’’ Jackson said the films were shot at 48 frames per second instead of the traditional 24 to give them greater clarity. He likened the technology to the leap from vinyl records to CDs.

He said that we live in an age when many younger people are happy to watch movies on their iPads.

“We just have to make the cinema-going experience more magical and more spectacular to get people coming back to the movies again,’’ he said.

At the Cinema Con theater owner convention in April, Jackson got a mixed reception for preview footage of “The Hobbit’’ shown at 48 frames per second. Some observers thought the images were too clear and the result so realistic that it took away from the magic of the film medium. Jackson said when the movie opens worldwide next month in 25,000 theaters, only about 1,000 of them will be equipped to show the movie in 48 frames, so most people will see it in the more traditional format. The movie has also been shot in 3D. “You are dipping your toe in the water, and it’s this new way of shooting and projecting a film,’’ Jackson said.

Jackson turned serious in addressing claims that animals on screen had been mistreated.

The group People for the Ethical Treatment of Animals (PETA) is planning protests at “The Hobbit’’ premiere in New Zealand, the U.K. and the U.S. after several animal wranglers said three horses and up to two dozen other animals had died during the making of the movies because they were housed at an unsafe farm.

Jackson’s spokesman acknowledged two horses had died from preventable deaths at the farms but said the production company worked quickly to improve stables and other facilities and said the claims of mistreatment were unfounded.

“No mistreatment, no abuse. Absolutely none,’’ Jackson said on Wednesday. “You’ve got a very radical political organization which has jumped on this,’’ he added, referring to PETA.