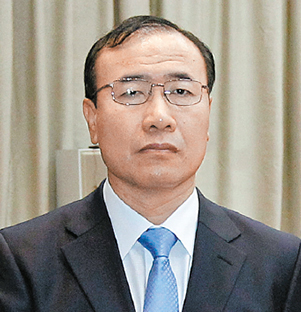 The nation's top prosecutor on Friday offered to resign after senior prosecutors refused to comply with his instructions following a string of disgraceful scandals within the powerful investigative body.

Prosecutor General Han Sang-dae said in a news conference that he will step down leaving all reform tasks to his successor. President Lee Myung-bak is expected to accept Han's resignation.

Han's resignation offer came after he canceled his earlier plan to announce a package of prosecution reform measures yielding to pressure from defiant prosecutors.

On Thursday, a group of ranking prosecutors in Seoul demanded Han's resignation, asking the top prosecutor to accept responsibility for successive scandals, including bribery and sex scandals involving incumbent prosecutors.YONHAP