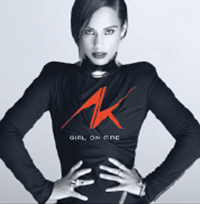 Alicia Keys doesn’t do half-measures. Her fifth studio album, “Girl on Fire,’’ comes on hard and fast, seemingly stripped but rich in sound, triumphant to the point of a cinematic epic scope. It’s her first release since marrying producer-rapper Swizz Beatz and the birth of their son, Egypt.

Keys’ name pops up buoyantly on all writing and producing credits of this 13-track record, a perfect mirroring of its title. But that’s no surprise. She does, however, collaborate with some new folks - including Bruno Mars, Frank Ocean, Jamie xx and Emeli Sande - and that helps make the album eclectic, while maintaining Keys’ signature - and stunning - sound.

The Grammy winner’s voice feels unstoppable and free, channeling the martial pop of Beyonce on “New Day,’’ the romantic flourishes of Toni Braxton on the Maxwell-assisted “Fire We Make’’ and the bewitching auditory imagery of Tori Amos on the album’s grand finale, “101.’’ Nicki Minaj adds her brand of edge to the title track and lead single, while Keys’ toddler, Egypt, pulls an adorable coda on the jazzy industrial “When It’s All Over.’’ 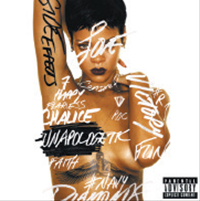 There’s something about Rihanna. And her producers. The singer’s new album - her seventh in as many years - is like many of her other releases, full of songs that are catchy, fun and addictive. Her albums are almost like listening to a “NOW” compilation disc.

“Unapologetic” is no different. It’s full of future hits, and not a single miss.

“Phresh Out the Runaway,” which kicks off the album, does so with a bang. And there are more: “Pour It Up,” which has Rihanna sounding like a female version of The-Dream, is appealing; “Jump” samples Ginuwine’s “Pony” - and it’s surprisingly good; and the David Guetta-helmed “Right Now” is European-flavored and upbeat.

Even Rihanna’s duet with her ex Chris Brown on “Nobody’s Business,” which samples Michael Jackson’s “The Way You Make Me Feel,” will make you move your feet. Lyrically though, the song is somewhat dismissive. “Ain’t nobody’s business,” she sings. Okay, then stop tweeting one another. When Rihanna slows it down, she’s still on point: Her duet with singer Mikky Ekko on the piano-tune “Stay” is touching. 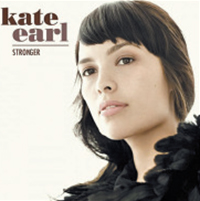 Kate Earl admits to feeling a tad lost before completing her third album, “Stronger.” Seems she was stuck performing someone else’s vision and only now has she begun to realize one of her own.

The trouble with “Stronger” is that Earl’s vision is an ineffectual grasp at simple substance through song. The soft-rock tunes are too simple and the results too routine.

Earl gallops into view atop the horse trot cadenced title track, “Stronger,” in which she lauds the hard road traveled to relevance and maturity. That would all be great fodder for a song if she’d come up with better lyrics.

It gets worse. “One Woman Army” sounds too much like 10,000 Maniac’s “Like The Weather.” “California” sounds way too much like The Steve Miller Band’s “The Joker” - and you get the idea. Earl is too close to her reference material, which weakens her own vision.

She has a smooth, pleasing voice and when you sound (and look) like Earl you get a second chance to make it in music. But even the deft hand of seasoned musicians like Brett Dennen can’t salvage this artistically tepid release.