United Cube Concert to kick off 2013

United Cube Concert to kick off 2013 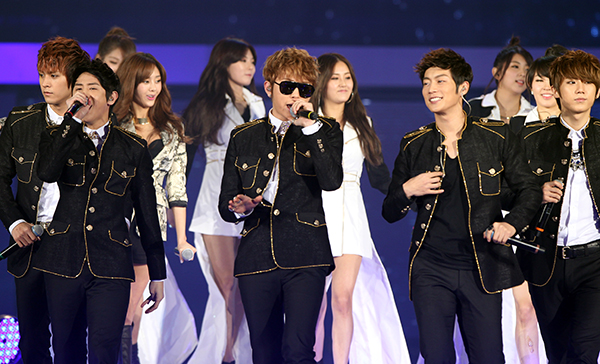 As part of the tour itinerary, artists 4Minute, Beast, G.Na, B To B and Roh Ji-hoon will perform for fans in China, Korea and Japan.

The tour will kick off in Nanjing, China, on Jan. 26 before moving on to Seoul on Feb. 2 and then to Yokohama on Feb. 21.

The tour is the agency’s second, following in the stead of the first which took place last year. The United Cube Concert themed “Fantasy Land” kicked off in Seoul in August 2011 and moved on to Japan, England and Brazil. The tour was the first K-pop concert in Sao Paulo.

Details for the 2013 shows will be made available on Cube’s official Web site.

This year, Cube received a lot of attention from abroad with 4Minute’s Hyun-a’s cameo in “Gangnam Style,” her version of the hit song, and her solo album “Melting.” The 20-year-old singer was also picked as the favorite candidate to be Justin Bieber’s girlfriend on a survey conducted on Billboard.com.