The total surpasses the previous record of 127,872 units set in September. It’s also the first time Hyundai has exceeded the 90,000-unit mark and Kia has sold more than 50,000 in China. 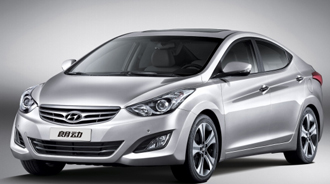 Hyundai Motor Group said it expects to top its earlier sales goal there of 1.25 million units by the end of 2012.

The world’s fifth-largest automotive group cited as the main driving force the rising popularity of Hyundai’s subcompact sedan, the Langdong, and Kia’s K3 among Chinese drivers.

Hyundai sold 18,910 units of the Langdong in November, which was launched there in August, up from 18,207 units a month earlier. Sales of the K3 compact, released in September, came in at 10,313 units last month.
Hyundai’s Tucson ix35 sports utility vehicle and Kia’s Sportage R also led the stellar sales, with 14,580 units and 8,492 units sold, respectively, in November. With Hyundai’s new Santa Fe, midsize SUV, set to make its debut next year, the automaker hopes its competitiveness in the SUV market will grow.

Industry insiders say the two automakers’ aggressive investment in China is now starting to pay off. Despite concerns of rising oil prices and the Chinese government’s fostering of local brands, the two affiliates of Hyundai Motor Group have been paving the way for future sales.

The company said it is also raising the quality of its models and brands. Six models from Hyundai and Kia recently topped the China Quality Association’s customer satisfaction index. “We expect the new Chinese government will focus on protecting consumer rights,” Hyundai said.