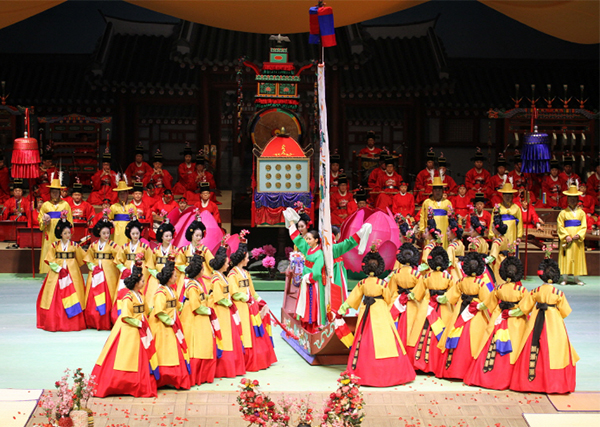 The National Gugak Center in Korea is preparing for its annual year-end performances called “Royal Court Banquet Music: Music of Peace, Dream of the Dynasty.” The performances re-enact the ceremony King Jeongjo (1752-1800) held for his mother, Lady Hyegyeong, at the Hwaseong Fortress in Gyeonggi to celebrate her 60th birthday. There will be five performances between Dec. 18 and 23 and five women renowned in Korea’s culture scene will play the role of Lady Hyegyeong. Officials say the performance is the epitome of Joseon Dynasty royal arts. Provided by the center