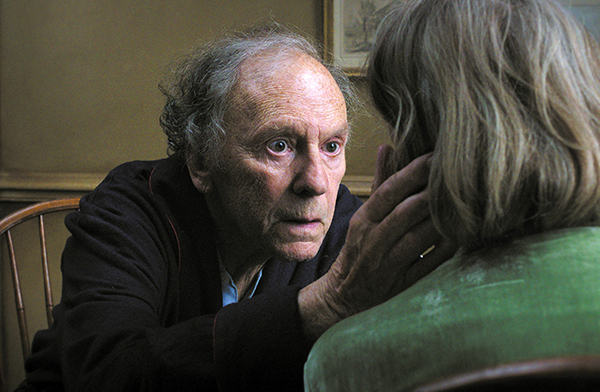 LOS ANGELES - The French-language drama “Amour’’ was chosen Sunday as the year’s best film by the Los Angeles Film Critics Association, whose prizes are among a flurry of year-end honors that help sort out the Academy Awards race.

“The Master’’ also was chosen as best-picture runner-up. The film stars Phoenix as a volatile World War II veteran who comes under the sway of a charismatic cult leader. Adams co-stars as the cult leader’s wife.

“Amour’’ star Emmanuelle Riva, who plays an elderly, ailing woman being cared for by her husband, shared the best-actress honor in a tie with Jennifer Lawrence of the lost-soul romance “Silver Linings Playbook.’’

Directed by Michael Haneke, “Amour’’ is Austria’s entry for the foreign-language Oscar and won the top honor at the Cannes Film Festival in May.

The choice by the Los Angeles critics marked a move away from bigger Hollywood productions that the group favored the last two years when it named George Clooney’s “The Descendants’’ as the best film of 2011 and David Fincher’s “The Social Network’’ as tops for 2010.