Burton goes from movies to museums

Burton goes from movies to museums 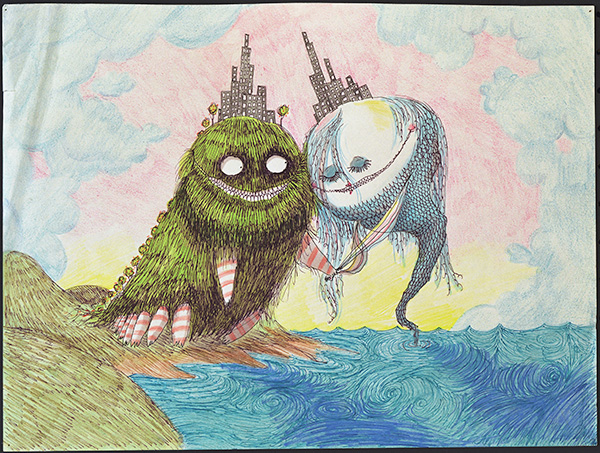 “Untitled (Romeo and Juliet Collection)” by Tim Burton will be at the Seoul Museum of Art, central Seoul, through April 14.


It should come as no surprise that Tim Burton, whose movies contain some of the industry’s most unique animation and visuals, has done a number of drawings, paintings and sculptures that are in his private collection.

So, Ron Magliozzi and other curators at the Museum of Modern Art (MoMA) in New York selected some of Burton’s artwork for an exhibition highlighting the American director and producer’s off-screen talent.

The result was the “Tim Burton” retrospective, and it was a big hit when it debuted at MoMA in 2009. The exhibition has now come to Seoul, after runs in Los Angeles, Melbourne, Toronto and Paris.

“Seoul is the last city to hold the exhibition, so I feel special,” said Burton, 54, at the Seoul Museum of Art yesterday.

An untitled work from Tim Burton’s book “The Melancholy Death of Oyster Boy” and his 1997 oil painting “Blue Girl with Wine” are part of the retrospective that starts today. Provided by Burton and MoMa

Burton said the curators, “like archaeologists,” dug through his collection and discovered works he had forgotten he had. “So all the exhibits are parts of me, and I cannot say which is more important,” he said.

Also among the exhibits are drawings and paintings that are not related to the movies but reflect Burton’s trademark grotesque fairy tales and dark humor.

Some of those drawings and paintings were made into a 1997 book titled “The Melancholy Death of Oyster Boy & Other Stories.” Small sculptures of the characters in the book, including “Oyster Boy,” “The Girl With Many Eyes” and “Stain Boy,” are also on display.

The exhibition includes handmade props for his movies that are full of macabre humor, such as the striped prolonged arms [stripes, as well as spirals, are one of the important visual motifs in Burton’s films] for the “Bio-exorcist Beetlejuice” for the 1988 film “Beetlejuice” and orange-colored brains with eyes and legs for the 1996 movie “Mars Attacks!” 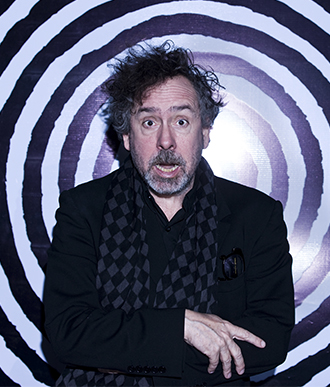 Some of these look like sculptures, something more than just props. “You will see the beautiful qualities of handmade sculptures and objects. I believe that despite the era of computer graphic effects, these handmade props and stop-motion techniques will remain valid and coexist with CG [computer graphics],” he said.

Regarding the imaginative fairy-tale qualities of his artworks, he said, “It is important to me to keep a childlike perspective. It does not mean that we should remain as children, but that we should see things surrounding us as if we were seeing them for the first time - with new and different perspectives.”