Cruise ‘not annoyed’ by role criticism

Cruise ‘not annoyed’ by role criticism 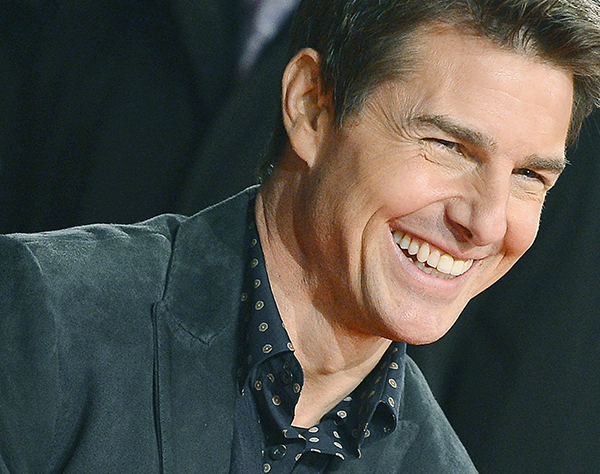 LONDON - Tom Cruise has defended his role as Jack Reacher in his new film after some fans were critical because the character in the Lee Child books is 6 foot, 5 inches tall and weighs over 200 pounds.

Speaking to Sky News at the London premiere, the Hollywood actor admitted the fans were “passionate about the character” and he was “not annoyed” by their skepticism.

He added that Reacher’s size is “a characteristic and not his character”.

Cruise described the vigilante as “an analogue character in a digital age”, adding “it’s not just his brute force that is represented in the film but his intellect and wit”.

He went on to say about the Jack Reacher film: “The audience are going to be surprised by how much they’re going to laugh and enjoy the feel of the movie.”

He was also asked by Sky’s Arts and Entertainment Correspondent Lucy Cotter whether, in light of the Leveson Inquiry, he felt that the press should be curtailed.

Cruise joked he had never had any problem with the media, and then added: “I just live my life and make my movies and you hope people are responsible.”

He was at the Etihad Stadium on Sunday to watch the derby game between Manchester City and Manchester United and said it was “great”.

Cruise, who is friends with former Man United player David Beckham, claimed it was his first chance to go to a football match in the U.K. during 30 years of making movies in the country.