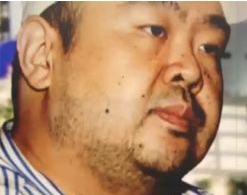 A day before the presidential election, rumors spread that the late North Korean leader Kim Jong-il’s eldest son, Kim Jong-nam, had moved to South Korea and spoke with local reporters to reveal the truth about the 2007 secret dialogue between former South Korean President Roh Moo-hyun and Kim’s father.

A reporter from the Munhwa Broadcasting Corporation (MBC), a major broadcaster in South Korea, said that Kim had already been interviewed on MBC. The reporter, Lee Sang-ho, tweeted yesterday that “MBC secretly conducted an exclusive interview with Kim Jong-nam.”

Allegations were rising that the interview would be broadcast a day before the election, but it never happened. The liberal podcast show “Naneun Ggomsuda,” or “I’m a Petty-Minded Creep,” which has mainly criticized the ruling Saenuri Party and President Lee Myung-bak, also said in its recent episode last Thursday that the former Northern leader’s son had moved to the South.

Kim Ou-joon, a host of the show, said Jong-nam could possibly say that Roh disavowed the Northern Limit Line at a press conference.

“It could become the last variable before the election, swinging undecided voters and having a negative impact on the Democratic United Party’s candidate Moon Jae-in.”

In late October, a Saenuri lawmaker, Chung Moon-hun, made the bombshell allegation that Roh disavowed the Northern Limit Line, the disputed maritime boundary between North and South Korea, during a secret meeting with Kim Jong-il at the 2007 summit in Pyongyang.

The Saenuri lawmakers attacked the opposition DUP’s presidential candidate Moon, who was in charge of organizing the summit at the time as a presidential secretary chief.

Moon and the DUP have denied the allegations. Questions still remain unresolved.

However, MBC denied all of the allegations in its official statement yesterday.

“One of our correspondents in Bangkok was tipped off on Dec. 16 that Kim Jong-nam was in Malaysia and the reporter asked his editor to be allowed to interview him,” the statement read.

“In order to confirm the tip, we sent a reporter to Malaysia but he couldn’t meet with Mr. Kim.

“The reporter, Lee, spread false rumors using groundless allegations,” the statement added. “None of what he said was true.”