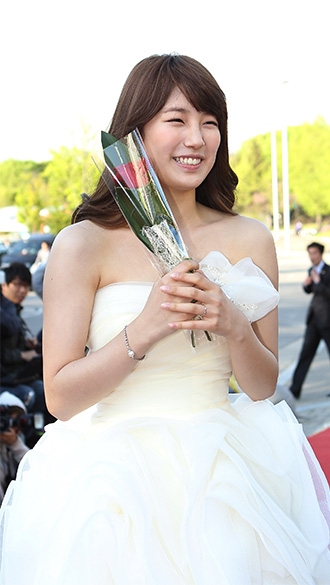 Fellow Hallyu stars have spoken and Suzy has been named best idol singer of 2012.

For the TV show “Weekly Idol,” various K-pop groups took part in ranking the top seven entertainers in the country.

Miss A’s Suzy emerged as the victor while others to make it on the list included ZE:A’s Kwanghee, who had the viewers of the variety show “Law of the Jungle” in stitches, and Infinite’s Hoya and A-Pink’s Eunji, who starred in “Respond 1997.”

All four singers were acknowledged by those in the industry to have made the successful transition from singers to television stars.

Suzy proved her acting talents in “Dream High” last year and rose to greater heights through the film “Architecture 101” earlier in the year.

Last week, Suzy also topped a different chart - a ranking of female stars that the public would most like to spend Christmas with. Some 500 clients of the famous cosmetic surgery clinic Grand Plastic Surgery were asked the question, and Suzy was chosen.