Over 30,000 nabbed for insurance scams over past 3 yrs: data

Over 30,000 nabbed for insurance scams over past 3 yrs: data 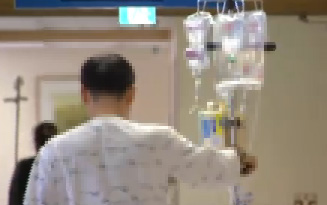 More than 30,000 people have been caught for insurance frauds that involve over 1 trillion won in total over the past three years, the government said Friday.

According to the data provided by the Prime Minister's Office (PMO), the joint team dedicated to the clampdown on insurance swindlers has arrested an average of 10,910 people per year from 2009 to 2011 for being involved in insurance scams.

It is more than double the number in 2008 when a total of 5,312 suspects were nabbed, the data showed.

The surge in the number of the uncovered fraud cases is attributed to the increase in the sheer number of crimes amid an economic slowdown and to the government's intensive crackdown on such irregularities, according to the PMO.

In 2009, the government launched the joint team of prosecutors, police officers, and tax and public insurance officials to stem insurance scams.

"Insurance scams should be eradicated, as they have been increasingly organized and more atrocious, and they are often related to other types of serious violence such as murder," Prime Minister Kim Hwang-sik said while presiding over the meeting on the matter on Friday.

In consideration of the unrelenting insurance fraud cases, the government decided to extend the operation of the joint team by two years, and to conduct a special inspection into "car accident victims with light injuries to sort out bogus patients," said Lee Young-jim of the PMO in charge of the issue.