Eru borrows some of Hyun-a’s charm

Eru borrows some of Hyun-a’s charm 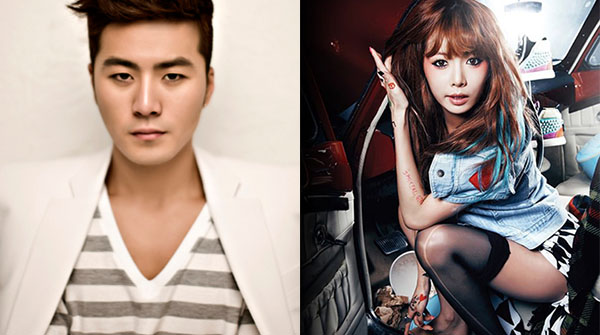 
Eru released a new single on Friday with some help from the girl of the moment, Hyun-a.

The sexy starlet, who was catapulted onto the global stage by her cameo in “Gangnam Style,” gladly came on board and even wrote the rap verse for the song, which is titled “Don’t Be Sick.”

Eru, who is best known for ballads, attempted to shake things up with a lively dance piece by collaborating with the 4Minute member.

Hyun-a’s participation may help Eru get his Korean career back on track, as it did for Psy.

Although he’s been relatively low key in his homeland lately, Eru’s career is really taking off abroad, especially in Indonesia, where he appeared in the movie “Hello Goodbye.”

Last month, he also made waves by becoming the first K-pop star to make an appearance on an Indonesian TV show.

While in the country to promote his movie about a young Indonesian couple living in Korea, the 29-year-old took part in RCTI network’s music show “Dahsyat.”