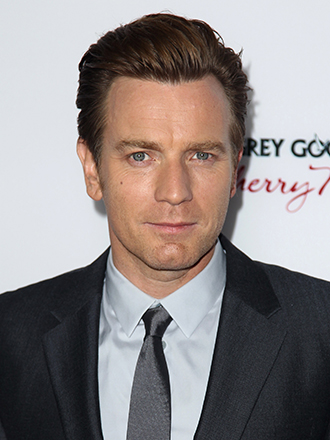 
LONDON - "Star Wars" actor Ewan McGregor is among the hundreds being honored by Queen Elizabeth II this New Year.

Honors lists typically include a sprinkling of star power, and this year was no different. McGregor, who came to public attention through his role as the heroin-addled anti-hero of British drug drama "Trainspotting," was awarded an Officer of the Order of the British Empire, or OBE.

The 41-year-old actor is also known for his turn as a young Obi-Wan Kenobi in the "Star Wars" prequels.

"Babooshka" singer Kate Bush said she was delighted to be made a Commander of the Order of the British Empire, or CBE, for a musical career which has resulted in a string of quirky hits including "Wuthering Heights," "Cloudbusting," and "Man With The Child In His Eyes."

Other art world honorees included artist Tracey Emin and Quentin Blake, whose spiky, exuberant illustrations are best known through the work of his collaborator Roald Dahl.

Stella McCartney, who designed the uniforms worn by Britain's record-smashing Olympic team, and Scottish physicist Peter Higgs, who gave his name to the so-called "God particle," also won the honors.

All of Britain's gold medalists from this year's games were on the list, with cyclist Bradley Wiggins and sailor Ben Ainslie honored with knighthoods.

Britain's honors are bestowed twice a year by the monarch, at New Year's and on her official birthday in June.

Although the queen does pick out some lesser honors herself, the vast majority of recipients are selected by government committees from nominations made by officials and members of the public.

In descending order, the honors are knighthoods, CBE, OBE and MBE (Member of the Order of the British Empire). Knights are addressed as "sir" or "dame." Recipients of the other honors, such as the

Order of the Companions of Honor given to Higgs or the Royal Victorian Order personally picked out by the queen, receive no title but can put the letters after their names.