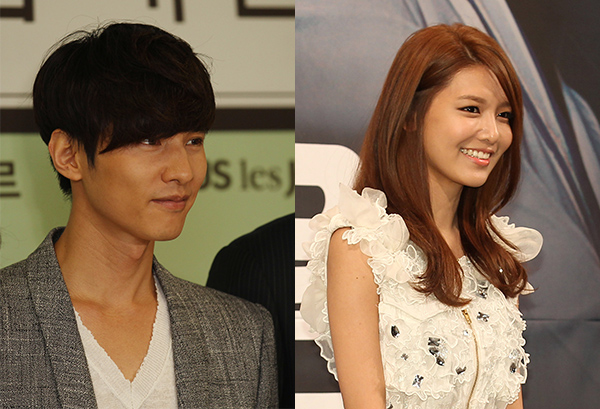 
K-pop world was abuzz on Dec. 31 with a scandal that linked actor Won Bin with Girls’ Generation’s Sooyoung.
Apparently, Stock Chirashi — stock exchange executives’ gossip forum, was to “tell all” about the two’s relationship on Jan. 1.

Various articles, both from media outlets and those posted by fans, were expectant about the newsbreak that would happen on New Year’s Day.
However ahead of the exposé, various media said that the rumor was unfounded and that it all began when a fan posted an entry online which said “Won Bin-Sooyoung,” along with a picture of Won in a swimming pool (a homophone of the girl group member’s name means to swim).

Although some are saying that it’s just a cover up, SM Entertainment offered its official stance on the matter.
“They’ve never even met so we aren’t sure how the rumor began,” said a spokesperson for the agency behind Girls’ Generation.