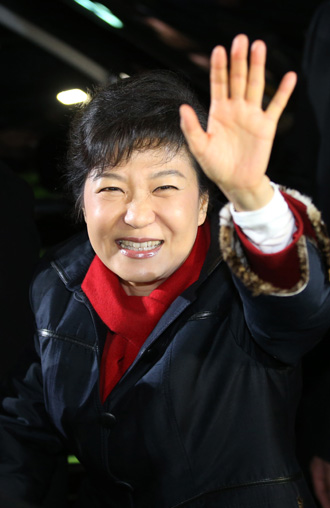 Park Geun-hye’s presidential transition team will have nine subcommittees focusing on specific fields including state affairs planning and the economy, but many key appointments have yet to be made.

Kim Yong-joon, head of the transition committee, yesterday announced its structure at a press conference at the ruling Saenuri Party’s headquarters. Nine subcommittees were created based on the law governing presidential transitions, he said.

The subcommittees are on state affairs planning; political affairs; foreign, defense and unification affairs; law and order and social security; education and science; employment and welfare; and women and cultural affairs. In addition, two subcommittees were created to handle economic affairs.

The nine subcommittees are two more than in the Lee Myung-bak transition team.

The law allows the president-elect to create a transition team with one chairman, one deputy chairman and up to 24 senior members. Park appointed Kim, 74-year-old former chief justice of the Constitutional Court, as the head of her team and Representative Chin Young, chief policy maker of the ruling Saenuri Party, as the deputy chair of the team on Thursday.

The appointments of the 24 members will take some time, Kim said yesterday, because Park said she needed more time to think.

“But I don’t think it will take long,” he said.

Kim also tried to calm criticisms of Park’s first appointments of her public affairs officials. “Yoon Chang-jung will serve as the transition committee’s spokesman,” Kim said, “while Park Sun-kyu and Cho Yoon-sun will work as the president-elect’s spokesman and spokeswoman.”

Park’s appointment of conservative political columnist Yoon sparked criticism as he had described supporters of Moon Jae-in, the failed presidential candidate of the DUP, as “political prostitutes” during the campaign.

Some people chosen for a special committee on youth affairs were involved in corruption in the past.