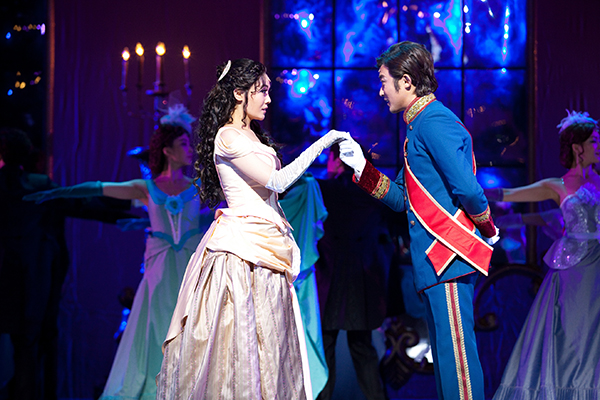 The Korean production of Frank Wildhorn’s musical “Rudolf,” based on the novel “A Nervous Splendor,” is in the midst of its four-month run at the Chungmu Art Hall. See THEATER. Provided by the organizer

Saturday and Sunday: The Israel Philharmonic Orchestra will hold a concert under the baton of Zubin Mehta. The orchestra will perform Beethoven’s “Leonore” Overture No. 3, Rimsky Korsakov’s “Spanish Capriccios” Opera 34, Johann Strauss’s “Gypsy Baron” and Brahms’ Symphony No. 1 in C minor.

Jan. 12: Legendary rapper 50 Cent is visiting Korea for the first time to hold concerts in Seoul and Busan. During the shows, he’ll present songs from his fifth studio album “Street King Immortal.” The rapper tweeted, “I will not let you down. I have really been working on this album. STREET KING IMMORTAL will be a classic.” It will be released on Feb. 26.

Feb. 2: K-pop artists under the agency Cube Entertainment, including 4 Minute, Beast, G.Na, and BtoB, are holding a joint concert next month.

Feb. 3: Alternative Irish rock band My Bloody Valentine is holding its first-ever concert in Korea. The group has been credited with representing a movement known as “shoegaze” as band members spent most of their time staring downward at effects pedals. The group recently posted on its Facebook page that it has “finished mastering a new album” and will be playing fresh tracks at the upcoming concert.

Feb. 17: Adam Lambert, who was the runner-up on “American Idol” three years ago, is heading to Seoul. The singer released his second studio album “Trespassing” in May. Lambert often gets compared to Lady Gaga in terms of his bizarre performances on stage and no doubt, his upcoming concert can be only be attended by those 19 and up.

March 7: Classical pianist Son Yeol-eum will be holding a concert at the Concert Hall of the Seoul Arts Center. It’s her first time performing at the venue. The 27-year-old has won numerous awards including the Silver Medal at the 13th International Van Cliburn Piano Competition as well as the second prize at the XIV International Tchaikovsky Competition.

March 27: The Script, an Irish alternative rock band based in London, is also heading to Seoul. The band’s third album, creatively titled “#3,” was released in the United Kingdom in September of last year and landed at No. 2 in its first week.

An 11 a.m. performance is available on Wednesdays as well.

Jan. 12 to March 31: A Korean production of the German-language musical “Rebecca,” based on the novel of the same name by Daphne du Maurier, will be staged from next week. The musical is written by Michael Kunze and Sylvester Levay, the authors of the musicals “Elisabeth” and “Mozart,” which drew in hundreds of thousands of musicalgoers in Korea. Stars Yoo Jun-sang, Ryu Jung-han and Oh Man-seok have been cast for the production.

The performance starts at 8 p.m. on weekdays; 3 and 7 p.m. on Saturdays; and 2 and 6 p.m. on Sundays. There are no performances on Mondays.

To Jan. 31: The musical “Rudolf” by Frank Wildhorn is based on the novel “A Nervous Splendor,” which deals with the Mayerling incident in 1889. The cast features Ahn Jae-wook, Im Tae-kyung and Park Eun-tae.

To Feb. 28: Broadway’s longest-running musical comes to Seoul after just one year.

To April 28: A Korean adaptation of Elton John and Tim Rice’s “Aida” is being staged for the third time in Korea.

Feb. 23 and 24: “Ukchuk-ga” is a pansori (narrative singing) repertoire of Lee Ja-ram inspired by Brecht’s “The Mother Courage and Her Children.” Lee adapted the work into a new version of pansori. “Ukchuk-ga” is a story about how a devastating war provokes many feelings such as fear, sorrow and sympathy.

Lee wrote the script, composed the songs and plays more than 15 characters. Each has a different voice and personality, but she nails each perfectly.

Lee has also been invited to perform at the Theatre National Populaire in France and the Hungarian Theatre of Cluj in Romania.