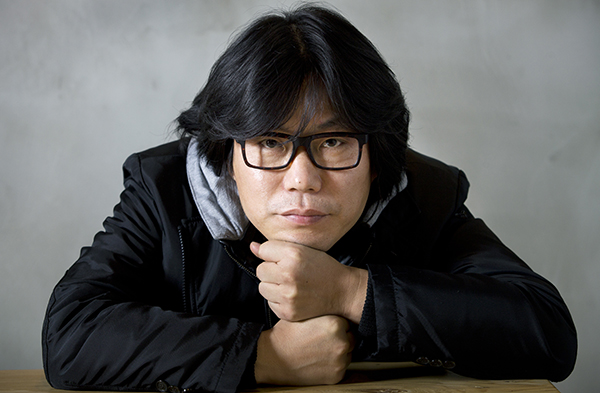 “The Tower,” a disaster flick that tells the story of those trapped in the high-rise Tower Sky building after a fire breaks out, has taken the top spot on domestic box office charts with more than two million viewers within just one week of its release.

Many are already calling it another box office smash, following in the footsteps of other Korean films to set local records in 2012. But for the film’s director, Kim Ji-hoon, the immediate success has triggered a range of emotions. It hasn’t always been smooth sailing for the man behind the film, with his previous work “Sector 7” widely criticized and considered a flop.

He described his feelings after the opening week of “The Tower” as “participating in a consolation match after a self-imposed jail sentence.”

The Korea JoongAng Daily sat down with Kim to discuss his new movie and how he came to terms with past failures.


Q. How did you feel when you heard your movie secured the top spot, replacing current Hollywood blockbuster hit “Les Miserables”?

A. My heart was full of emotions. On the one hand I felt as if a load had been lifted. But on the other hand, I felt empty because something I put so much energy into was out of my hands. I’ll feel the same way when I see my daughter marry.

What aspects did you focus on when directing “The Tower”?

I wanted to produce a film capable of competing with Hollywood movies in terms of special effects and story lines. Some might laugh at me and dismiss it as too ambitious, but that is and will be my ultimate goal. I was in a rush when making “Sector 7” and failed to produce sophisticated CGI [computer-generated imagery] and concrete story lines.

But in the case of “The Tower,” I spent a total of two years to make it better. I think the audience is acknowledging the efforts. 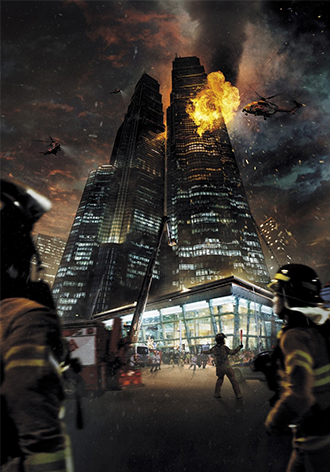 Kim Ji-hoon of “The Tower” says that his efforts were focused on generating CGI effects that could compete with Hollywood films.Provided by CJ E&M

Are there any disaster movies that you used for inspiration?

This movie is a kind of homage to John Guillermin’s “The Towering Inferno.” I watched that movie when I was young and I watched it again before shooting “The Tower.” The movie, made in the 1970s, was still a masterpiece. I tried my best to make a comparable movie that might not hurt the reputation of the Hollywood film.

The movie is also related to my personal experiences. When I was a middle school student, I visited Seoul for the first time and saw 63 Building [a skyscraper 817 feet high with 63 floors]. I was struck by that and dreamed that night of the tall building burning down.

I also once got stuck in an elevator. I don’t remember how long I was in there, but it felt like quite a while. That was the moment when I first felt dread. The feeling helped me make the movie more realistic.

How did you make the disaster scenes so authentic?

I wanted to stay away from depending on computer graphics for the film. No matter how advanced the CGI is, it can’t be more realistic than live action shots. So I tried to combine as many live action shots as possible. In every fire and flood scene, I used real fire and water. I also went to Hollywood to shoot a miniature for the scene featuring the collapse of Tower Sky.

We made small-scale high-rise buildings and broke them down to capture the debris and smoke. I spent 500 million won [$470,000] on the scene out of the 2 billion won allotted for CGI.

Were there any episodes on set while shooting the fire scenes?

Yes, there were. But the stories are not pleasing to tell. I couldn’t get the sounds out of my head after shooting a rescue scene where hundreds of people trapped are screaming. Staff and actors were also burned during shoots. At one point, we couldn’t find them after releasing five tons of water for a flood scene. They were swept away and some of them lost their senses. I think these are only trifles compared to those who actually suffered in the blaze. I hope this movie will provide consolation to the victims.

Many fellow filmmakers including Park Chan-wook and Bong Joon-ho are making their way abroad to direct. Do you have any plans to go overseas?

I’ve said that I want to compete with Hollywood films. But that doesn’t necessarily mean that I want to be there for filmmaking. I think language is an important medium to convey a message, and the language barrier that might occur would hinder my production of a movie.

You’ve mainly directed action movies. Do you have any plans to try another genre?

I do have a plan. I’ve done action movies with a great deal of CGI. But now I want to make a movie that explores people’s subtle emotions, focusing on day-to-day happenings.